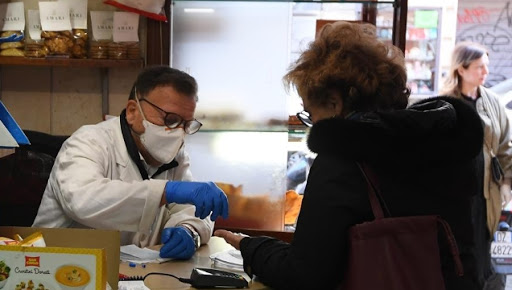 A Chinese envoy said here Thursday that China supports the United Nations (UN) in playing a greater role in the Afghan issue.

Recently, the Afghan government and the Taliban have made efforts in creating conditions for the start of intra-Afghan negotiations by releasing prisoners to each other, Zhang said, adding that China appreciates this and calls for the early launch of the negotiations.

China respects the choice of the Afghan people for the country’s future and supports Afghanistan in safeguarding national unity and political stability, said Zhang. “China calls on all parties in Afghanistan to put the national interests first and form an inclusive government,” the envoy said.

Zhang pointed out that China is concerned about the recent resurgence of violence in Afghanistan, and urges the international community and all parties in Afghanistan to strengthen the country’s security capability.

“China welcomes the agreement signed by the United States and the Taliban. We call on the parties concerned to ensure, in implementing the agreement, that the withdrawal of foreign troops in Afghanistan is conducted in an orderly and responsible manner to avoid the rise of terrorist activities,” said the ambassador.

He added that achieving lasting and sustainable peace and prosperity in Afghanistan requires a solid economic and social foundation, and all efforts should be made to help Afghanistan reintegrate into regional cooperation based on its own advantages to meet the expectation of its people.

Noting that Afghanistan and Pakistan recently started transporting goods through Gwadar Port in the China-Pakistan Economic Corridor, Zhang said China welcomes this new progress in Afghanistan’s integration into the regional economy. “We call for efforts to strengthen regional cooperation and connectivity, and to increase investment in Afghanistan’s infrastructure construction,” he said.

China recently held a video conference to share its experience on the prevention and control of COVID-19 with Afghanistan, and handed over the first batch of anti-epidemic supplies to Afghanistan.

“China calls on all parties in Afghanistan to respond to the UN secretary-general’s call for a global ceasefire and calls on the international community to do its best to support Afghanistan’s fight against the outbreak,” said the ambassador.

“China hopes the UN Assistance Mission in Afghanistan will strengthen its own anti-pandemic effort while helping the Afghans and is ready to maintain communications with the UN and provide necessary assistance,” he added.

China accuses US of ‘tech terrorism’