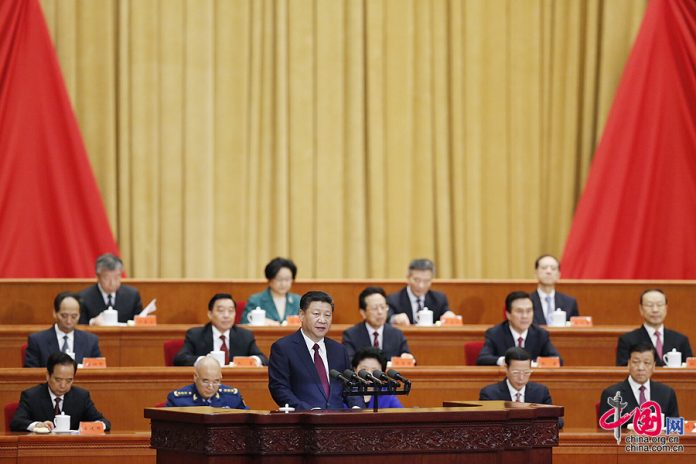 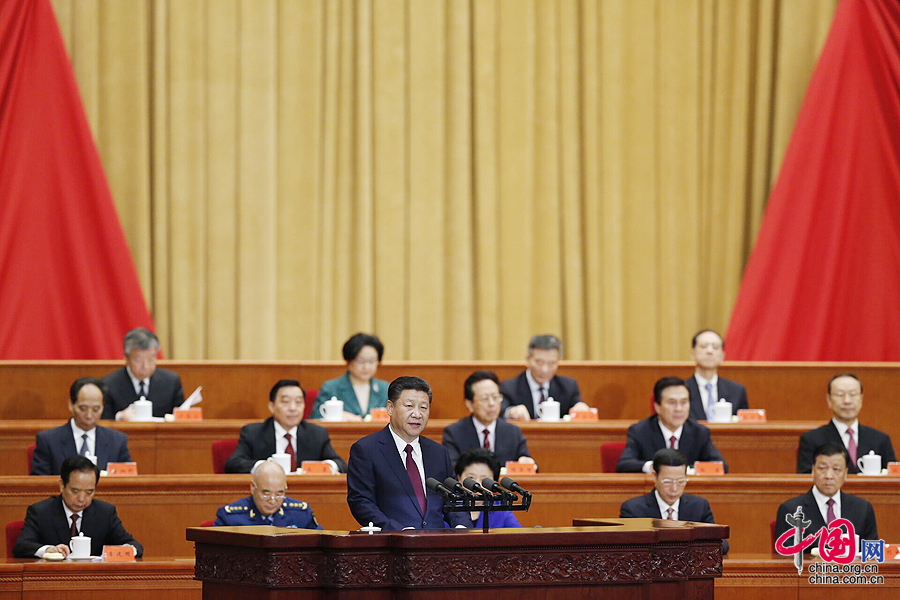 Chinese President Xi Jinping speaks during a ceremony commemorating the 80th anniversary of the victory of the Long March at the Great Hall of the People in downtown Beijing. The Long March was a military maneuver carried out by the Workers’ and Peasants’ Red Army of the Communist Party of China from 1934 to 1936. [Photo by Yang Jia /China.org.cn]