dpa/GNA – China’s economy grew 2.3 per cent in 2020, the statistics office in Beijing said on Monday.

According to predictions, China is the only major economy that did not shrink in 2020, despite the challenges of the coronavirus pandemic, which the country has largely managed to get under control.

The growth was greater than many analysts had expected – the International Monetary Fund (IMF) predicted the growth would have been around 1.9 per cent.

After growing by 4.9 per cent in the third quarter, China’s economy expanded by 6.5 per cent year-on-year in the fourth quarter.

While much of the rest of the world is experiencing a recession, economic activity has generally normalized after China got the upper hand on the coronavirus in summer, with only smaller outbreaks and sporadic infections reported since then.

The strong export figures can be explained by the fact that the Chinese economy has quickly adapted to the new demand situation in other countries, supplying electronics for home office equipment as well as medical protective equipment.

Observers expect China to continue its upswing this year. The IMF has predicted growth of 7.9 per cent for 2021.

A new five-year plan, to be approved at the People’s Congress in March, is expected to deliver a fresh economic boost.

The plan picks up where China has suffered the biggest setbacks in recent years, with trade and technology squabbles with countries like Australia and the United States highlighting China’s dependence on other states.

Despite the positive outlook, there are warnings that challenges remain

.
According to Max Zenglein of the China Institute Merics in Berlin, the coronavirus situation in China also needs to be monitored further.

Most recently, there had been hundreds of new infections in Hebei province, which surrounds Beijing.

In particular, he said, the service sector is expected to be affected if travel and restaurant visits are foregone over the holidays.

According to the lunar calendar, Chinese New Year falls on February 12 this year. 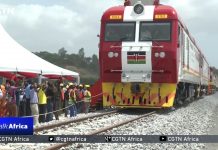 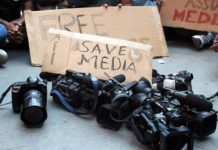