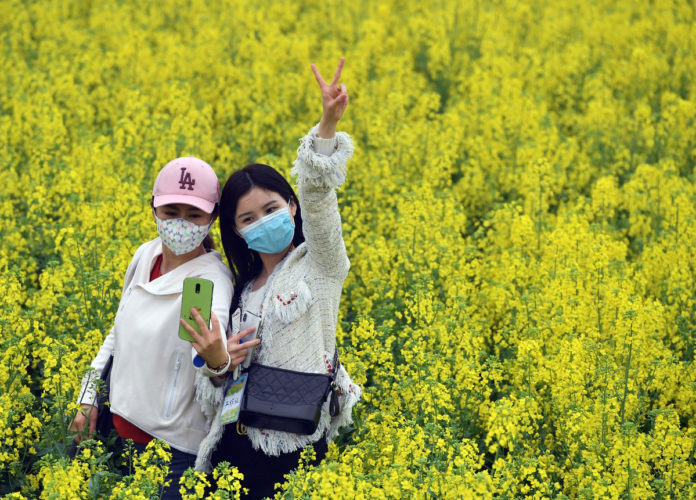 As China strives to expand its county economies and improve urbanization, the livelihood of Chinese residents living in small townships has been prominently improved, and the future of the country’s township market is attracting wide attention.

Experts predicted that the Chinese “small-town youngsters,” those who were born after 1980s in third- and fourth-tier cities, townships and rural areas, received higher education and have a decent job, would become a major force driving China’s consumption in the next 10 years.

By 2030, the consumption made by Chinese residents in third- and fourth-tier cities is expected to hit 45 trillion yuan ($6.73 trillion). The third- and fourth-tier cities, as well as satellite cities in Yangtze River Delta, Guangdong-Hong Kong-Macao Greater Bay Area, the middle reaches of the Yangtze River, Sichuan province and Chongqing municipality, as well as the Beijing-Tianjin-Hebei region, will lead the consumption market.

“Me and my boyfriend had a trip to Yunnan province during this year’s National Day holiday,” said Sun Bin, a resident from Peixian county, east China’s Jiangsu province, when receiving the local specialties she bought in Yunnan. “We bought a lot of stuffs during this trip, and spent nearly 8,000 yuan with flight tickets and hotel expense included,” she said.

Sun started working three years ago and is a shopaholic. “I spend around 2,000 yuan per month shopping, and mostly on cosmetics,” she told People’s Daily. “Housing is inexpensive in townships, so I’m not pressured by the mortgage. My income is lower than that in first-tier cities, but so is my living cost. So I’m living a great life, and I can buy whatever I want,” she explained.
China has numerous young people from townships who love shopping and traveling just like Sun does, and many enterprises are benefiting from this specific group.

According to statistics released by Pinduoduo, a social shopping platform and the third-largest e-commerce player behind Alibaba and JD.com in China, third- and fourth-tier cities showed robust consumption demand during an online shopping festival in June this year. Traditional TV sets and twin-tub washing machines were no more needed by residents in these places. Instead, they wanted 4K and HD TVs, quiet and large-capacity washing machines, as well as double-door refrigerators. Dishwashers, water purifiers and robot vacuums became the three hottest emerging appliances in the township market, Pinduoduo said.

A man surnamed Wang from Sichuan recently bought a set of smart home appliances for his house. “I bought almost all I can buy, including voice-control lamps, a robot vacuum, and air purifiers,” Wang told People’s Daily. “I live alone, and these smart appliances have very much improved my life quality,” he said.

Tmall, an e-commerce platform under Alibaba, said residents in first- and second-tier cities were major consumers of fashion brands, but third- to fifth-tier cities are also gaining a rapid speed in fashion consumption. Some entry-level luxury brands from overseas have successively opened franchises in Chinese small cities and townships in recent years, and the cosmetics produced by major fashion brands are also sold to many “small-town girls.” According to Estée Lauder, its Chinese consumers come from 350 cities, and over 70 percent of its orders are placed in cities with no franchise.

“My wife is a shop addict who loves browsing Taobao,” said a man surnamed Xu from Dashahe township, Fengxian county of east China’s Jiangsu province. He told People’s Daily that online shopping is very popular among the young people in his village. “Now we have many parcel collection agencies in the township, so we can buy everything on the internet,” he said.

The consumption trend of China’s “small-town youngsters” conforms to the individualized and diversified consumption of the overall Chinese residents, said Liu Xiangdong, deputy head of the economic research department of the China Center for International Economic Exchange. “Many of the ‘small-town youngsters’ had lived in metropolises, so they share the same consumption philosophy with urban dwellers,” Liu added.

The rise of consumption in third- and fourth-tier cities will further drive China’s consumption market and help foster stronger domestic demand, thus promoting the country to establish a “dual circulation” development pattern in which domestic economic cycle plays a leading role while international economic cycle remains its extension and supplement.

“China’s urbanization is still progressing. Around 500 to 600 million people now live in third- and fourth-tier cities, as well as townships, and their consumption growth outnumbers that in the urban areas. So this market is of high potential and expected to driver further growth,” Liu noted.