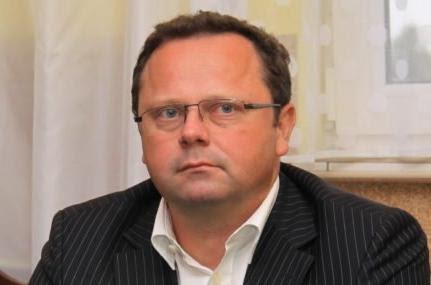 Under the leadership of the Communist Party of China (CPC), the Chinese people have made remarkable achievements in development and made China the world’s second largest economy, said Andrzej Szejna, vice president of Poland’s New Left political party and member of the Sejm of the Republic of Poland, in a recent interview with People’s Daily.

Szejna pointed out that the CPC has traveled a glorious journey in the past century and is still bursting with vitality, and its successful experience is the precious wealth shared by the world.

On a bookshelf in Szejna’s office lies a copy of the Polish version of the first volume of “Xi Jinping: The Governance of China”, a book that he has read carefully for many times. He believes the book contains the secret of China’s development achievements.

Xi Jinping, general secretary of the CPC Central Committee, has had deep thinking on China’s future, Szejna said, adding that the Chinese leader pays great attention to people’s well-being, and has put a lot of effort into improving the quality of life for the Chinese people, promoting the stability and development of the society, and balancing economic development and environmental protection.

Szejna has paid many visits to China and been deeply impressed by China’s accomplishments in eradicating poverty.

The CPC has seen notable results in advancing social fairness and balanced development, according to Szejna, who pointed out that the central and western regions of China have amazed people for their rapid development in recent years, and that Chengdu, Chongqing and other cities in central and western China are becoming new frontiers in China’s opening-up and have improved the quality of life for local people.

Based on the reality of China, the CPC and the Chinese government have formulated development goals for different development stages and realize their commitment to the Chinese people step by step, according to Szejna.

Many countries are troubled by the huge gap between the rich and the poor. The CPC has strived to tackle the issue and achieve fairness and justice by staying close to the people, observing the “people first” governance philosophy, struggling for the benefits of people, and fully considering the rights and interests of the poor, the needy and the weak in development, Szejna said.

He noted that China has taken account of both efficiency and fairness and formed a solid social foundation in the past decades of development, which he considers a key factor behind the country’s fast economic growth.

China has exhibited strong capabilities of mobilizing and organizing people, and constructing facilities in the fight against the COVID-19 pandemic, a mirror of the strength of the socialist system with Chinese characteristics, according to Szejna.

He stressed that the pandemic is the common enemy of humankind, and solidarity and cooperation is the most powerful weapon for combating the pandemic. While containing the spread of the virus at home, China has cooperated with many countries in controlling the pandemic, provided vaccines and other materials and shared anti-epidemic experience, making important contributions to promoting global cooperation on fighting against the pandemic, Szejna said.

He admires China’s international humanitarian spirit and considers China’s proposal of building a community with a shared future for mankind far-sighted and showing profound insights.

The leadership of the CPC is a choice made by history and the Chinese people, said Szejna. The CPC’s success has shown the world the vitality and influence of socialism, and can be really inspiring for political parties in other countries, especially left-wing parties, he added.

Poland has actively participated in the joint construction of the Belt and Road, Szejna pointed out, adding that by jointly building the Belt and Road, Poland and China have embraced opportunities and reaped fruits in economic and trade cooperation, as well as cultural and personnel exchanges. He hopes the two countries will carry out further cooperation in areas including technological innovation, environmental protection, and trade in services.

Poland’s New Left political party has conducted fruitful exchanges and cooperation with the CPC in recent years, Szejna pointed out.

The party hopes to have more in-depth exchanges with the CPC in promoting economic development, safeguarding fairness and justice and strengthening party building, according to Szejna, who added that the New Left party will continuously support the CPC and various undertakings of the Chinese people and contribute to the exchanges and cooperation between the people of Poland and China.