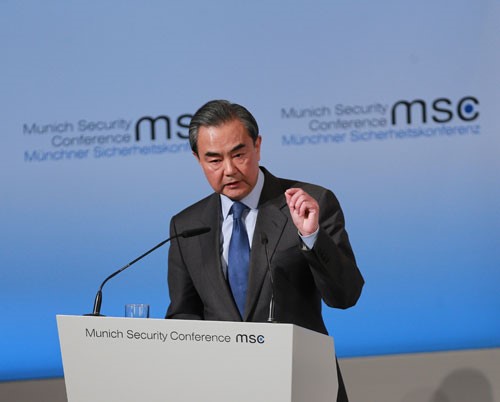 The world should maintain the current international order and system which was established after the World War II, said People’s Daily in a commentary published on Monday, playing down the concerns that the world is facing an era shaped by disorder and illiberal actors. 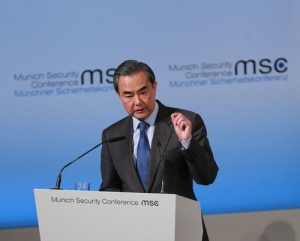 The article under the byline of Zhong Sheng was published after a special report entitled “Post-truth, post-West, post-order?” which was submitted for discussion at the 53rd Munich Security Conference (MSC) held in Germany from February 17 to 19.

It warned that the world order could be on the verge of collapse due to the rise of populism and anti-globalization tide in the West as well as the divided relations between Western countries.

The article pointed out that two points narrated by the Western media, namely their descriptions about history and status quo of world, must be corrected.

First of all, the history after the World War II, in the eyes of quite a number of Westerners, is their glorious journey to establish global order that benefits the whole mankind, therefore they believed that the world will be out of order as the West falls into chaos. But such West-centered argument is mischievous and false.

After the Word War II, a multilateral international framework and mechanism was established thanks to the joint efforts of all countries. Multilateral organizations represented by the United Nations have, by pooling the efforts of the international community, made historical achievements to maintain world peace and promote development.

The developing countries, with a rising international strength, have played a role that cannot be ignored. All in all, it is unfair to label the current international order as “created by West”.

In terms of the status quo, the commentary noted that the world is confronted with numerous challenges, including a sluggish economy, deteriorated geopolitical conflicts, intensified refugee crisis, frustrated economic globalization and regional integration and repeated terrorist attacks.

However, the world is definitely not out of order. The multilateral framework and mechanism built after the World War II still play a key and irreplaceable part in maintaining world peace and development. As long as every country abides by the purposes and principles of the UN Charter, disputes and conflicts can be resolved and a win-win situation based on peaceful coexistence will be attained.

The more chaotic the world becomes, the more it needs countries like China to maintain world peace, contribute to global development, defend multilateralism, and make contributions to human peace via its own development, it concluded.

China on its way to “dual carbon” goals