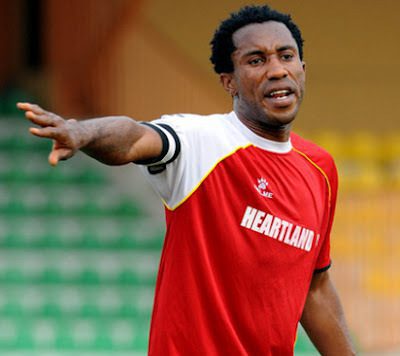 Heartland FC skipper, Chinedu Efugh, hopes that his team?s form in the State FA Cup will be maintained during the Premier League, where they have already enjoyed considerable success this season.

Heartland currently occupies second position in the league standings, having collected six points in the two matches played thus far. Efugh believes their intention is to maintain that momentum as the season progresses.

?I?m not surprised at Heartland?s performance at the State FA Cup final, because we have to prove we?re NPFL big boys,? Efugh said.

?FA Cup is full of surprises and think of the humiliation if we did not win against a non-league team at this level.

?I want to use this opportunity to tell our fans that the FA Cup victory is to herald more successes we are going to record in this year?s league.?

Efugh said one of the key factors for his team at this juncture has been the change in regime, adding that they have been a formidable force under the tutelage of Erasmus Onuh.

Milking the Black Stars to the Detriment of Glory