As Chinese children’s literature works and picture books are gaining more and more foreign readers in recent years, international awards in this field are no longer something new to the Chinese writers and illustrators.

Lately, the book White Fox by Chinese author Chen Jiatong was listed by Financial Times as one of the best children’s books in 2019.

White Fox is the first Chinese children’s book introduced to the UK by world-renowned publisher Barry Cunningham, the man who discovered JK Rowling and other excellent authors.

Cunningham spoke highly of the book, saying that it attracts readers from all over the world with the Chinese narrative, compelling content and exquisite character design, as well as the humorous and warm description.

China has 367 million readers under the age of 18, and nearly 900 million books are printed every year. Chinese parents pay high attention to and have a huge demand for children’s books, so the Chinese market has a big appetite for high-quality products, and the industry was massively introducing foreign children’s books.

The BIB is sponsored by the United Nations Educational, Scientific and Cultural Organization (UNESCO). It is the world’s earliest non-commercial international illustrators’ award and Zhu is the fifth Chinese author to win the award.

Last year, a publishing house in Slovakia inked an agreement with the Encyclopedia of China Publishing House, agreeing to introduce the latter’s encyclopedia of space for children.

The Slovakian institute hailed the book for its solid and reliable content and high quality after it invited senior scientific publishers to review the book.

The success of Chinese children’s books relies on excellent writing and design, as well as diversified Chinese-foreign cooperation.

The Chinese children’s book publishing industry has gained more confidence as a large number of high-quality works are being produced.

“Now, we fully follow internationally recognized copyright rules in introducing our children’s books to overseas markets. We are ready to have our books tested in markets,” said Ma Lina, director of the center on international cooperation of Encyclopedia of China Publishing House.

The Beijing-based Daylight Publishing House is now working with Norwegian publisher Svein Størksen on a China-Norway picture book co-creation project. Each side will invite three authors and three illustrators to work on the project. The six people will work in pairs to create six picture books, which will be simultaneously published in the two countries.

According to Zhang Yuntao, editor-in-chief of Daylight Publishing House, the cooperation helps them gain a deeper understanding of the Norwegian market and the needs of its readers, and they can also learn something from the foreign publisher’s creation and operation.

“We have introduced our products to the foreign market, and now we need to go deeper,” Zhang said.

By jointly creating picture books, the two sides can deepen exchanges and cultural cooperation. This international cooperation could gather the advantages of both sides for deeper exploration of the international market, the Norwegian publisher said. 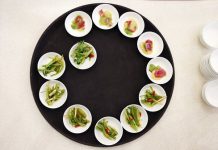 China works to ensure everyone benefits from its rapid development 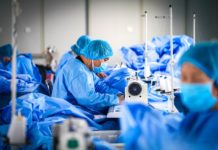 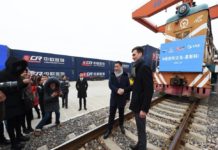