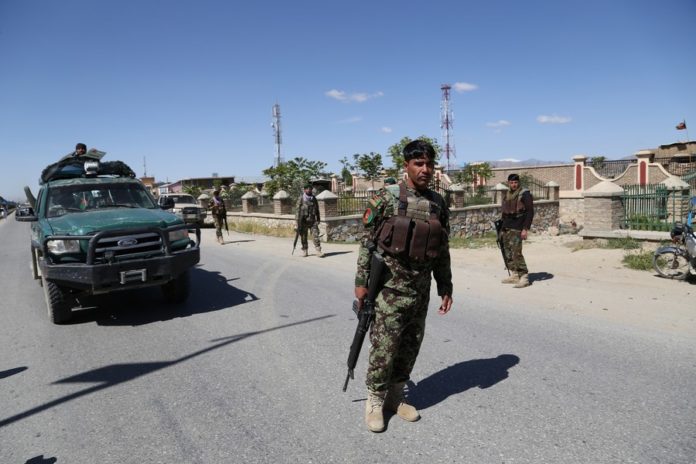 A Chinese envoy on Wednesday rejected accusations by a U.S. representative against China at a Security Council meeting, and asked the United States to stop shifting blames.

At the Security Council meeting on the implementation of Resolution 2532 on COVID-19, Rodney Hunter, the U.S. representative, accused China of lack of transparency and mishandling and indicated that China is responsible for the spread of the virus across the world.

Geng said the U.S. representative was abusing the Security Council platform and abusing Wednesday’s meeting. “They are spreading political virus. What they are doing here is simply to serve their domestic politics.”

The U.S. representative’s remarks were full of evil intention and irresponsible attacks and smear against China. China categorically rejects that and strongly opposes that, Geng said.

China informed the World Health Organization (WHO) and other countries, including the United States, in a timely manner, and it published the genome sequence of the virus as soon as it was available, he said.

“We made great contribution to the global fight against the pandemic, which has been well recognized and well acknowledged by the UN, by the WHO, by the international community. And I believe that the majority of the Security Council members also commend China’s effort and contribution,” Geng said.

Although the United States is a country that possesses the most advanced medical technology and facilities, it has the most reported confirmed cases. The administration in this country is not focusing on fighting the pandemic, but is trying its best to shift attention and blaming others, he said. “It’s a shame.”

The practices of politicization, labeling, stigmatization, selfishness, calling white black and blame-shifting will backfire. They cannot save lives. Nor can they contain the pandemic. They can only create more troubles, he said.

The U.S. representative not only attacked China, but also the WHO. The attack ran against the common views of the international community, he said. “On this particular issue, the U.S. is absolutely isolated.”

The virus is the common enemy of peoples around the world, Geng said. “We are all victims. In front of the virus, in front of the pandemic, we should be united and fight together, not fight against each other.”