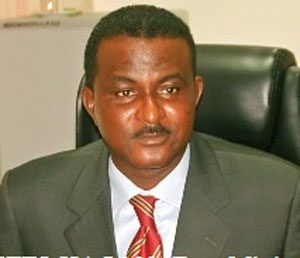 THE CHINESE Government appears to be dilly dallying in the disbursement of the $3 billion China Development Bank (CDB) loan to the Mahama administration.

The controversial loan agreement signed in 2011, is becoming an albatross as the Chinese Government continues to make more unpalatable demands.

Despite the recent dispatching of a delegation to China by President Mahama to tie the loose ends in accessing the loan, the Chinese Government is calling for additional conditions from Ghana.

Deputy Minister of Finance, Kwaku Ricketts-Hagan, told Citi Fm, an Accra-based radio station, that the development had led to a stalling of the release of the loan and the projects it had been earmarked for.

Mr. Ricketts-Hagan, who consoled himself that the loan was yet to be fully disbursed, commented, ?They are asking for other things I cannot tell you but they want more. That is why we have returned to the negotiation table.?

Out of a total amount of $3 billion which the Ghana Government had expected from the Chinese bank since January this year, a mere $600 million has been released.

Notwithstanding the meager amount of money disbursed, the Chinese Government has heaped stiffer conditions –   deadliest among which is the payment of commitment fees on the full amount.

Certain key government projects, including the Atuabo Gas Processing Plant, the Western corridor railway line and the Accra Plains Irrigation Project, are waiting to roll since these are designed to be funded from the facility.

Some economists and financial analysts have called for the loan to be renegotiated.

?We signed the agreement but there were some commitments that we were to adhere to and we are doing that, but they are asking for other things ? it could be oil and it could be other things, but I cannot tell you more, but they are issues on interpretation of the contract and that is why we have returned to the negotiation table but certainly the two parties are not happy,? the Deputy Finance Minister is quoted as saying.

Recently, President Mahama hosted a senior Chinese government official whom he pleaded with to help facilitate the speedy disbursement of the loan.

Following that request, a delegation of senior Ghanaian government officials were dispatched to Beijing to go and pursue the loan but their efforts went unfruitful as the Chinese Government continued to bid for additional conditions before it could release more cash.