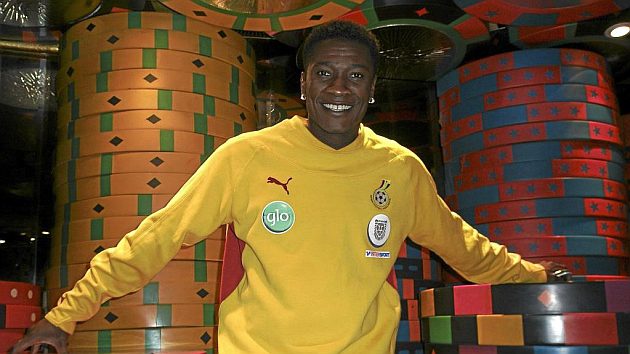 The times are changing in football. Gone are the days when the top European leagues had a monopoly on star signings. Cash-flush exotic destinations are carving out a growing share in the market.

One example is the Chinese Super League, which looks intent on breaking the bank. For instance, Guangzhou Evergrande forked out a whopping ?14 million for Tottenham misfit Paulinho, who is set to pocket ?6m a season, the same salary that Demba Ba will earn after Besiktas accepted a ?13m offer from Shanghai Shenhua.

With Robinho?s move to Evergrande yet to be confirmed, Asamoah Gyan made the biggest splash to date on Wednesday.

The top African goalscorer in World Cup history has signed a bumper deal at Shanghai SIPG that will propel him on to Forbes?s list of the world?s highest-paid athletes.

Few would have thought that Gyan could do better than the ?220,800-a-week contract he had at Egyptian side Al Ain, but the Ghana captain is nothing if not resourceful. The attacker will net an eye-watering ?16m a year, which equates to some ?314,826 a week.

In other words, Gyan will earn more in Shanghai than footballing giants such as Neymar, Luis Su?rez and Gareth Bale. The world truly has gone mad.