Chinese President Xi Jinping on Friday called on all ethnic groups in the far-west Xinjiang Uygur Autonomous Region to boost ethnic unity, asking all the people living there to unit together “like seeds of a pomegranate.”

Xi, also general secretary of the CPC Central Committee and chairman of the Central Military Commission, made the remarks during a panel discussion with deputies from Xinjiang at the ongoing annual session of the National People’s Congress (NPC).

The president also inquired the life of Kurban Tulum family living in Xinjiang, and asked Xinjiang deputy Mamtimin to convey his greetings to the family.

The bond of Kurban family with Chinese leaders started from more than half century ago. Tulum was a Uygur peasant living in Hetian. In order to express gratitude for the peaceful liberation of Xinjiang in 1949, Tulum wished to ride a donkey from Xinjiang to Beijing to visit late Chairman Mao Zedong in the 1950s, before he later twice received by Mao.

Tohtihan Kurban, the eldest daughter of Tulum, sent a letter to Xi dozens of years later, in which she expressed her gratitude to the care of Party and government as well as her love for the nation, for Xinjiang and for the hometown.

In a reply letter Xi wrote on January 11, he sent his best wishes to Tohtihan family as well as their friends and neighbors, saying that he hoped all ethnic groups in Xinjiang could unit together “like seeds of a pomegranate” and join efforts to build a bright future for Xinjiang under the leadership of the CPC.

“When I departed for Beijing, the Kurban family said again and again that I have to tell General Secretary (Xi Jinping) that people of all ethnic groups in Xinjiang will remember the care of the Party forever,” said Mamtimin, also a village director and deputy county head from Hetian.

Ethnic solidarity and common development of the region has been high on China’s agenda since its founding.

Last October, regional government of Xinjiang launched a campaign to encourage local officials to build family-like ties with the ethnic minorities in order to promote national unity and accord.

The government officials are required to visit their one-to-one partner every two months in order to build a close bond.

As a deputy from Xinjiang, Mamtimin said that “family-like ethnic bonding” campaign goes very well now, through which people from different ethnic groups can learn from and help each other.

“All the 56 ethnic groups in China are members of a whole family, and we will certainly unite ‘like seeds of a pomegranate’”, he added.

China consists of 56 ethnic groups, in which Han people make up 91.51 percent of the whole population. Xinjiang is home to 47 of them, among which Uygur, Han, Kazak, Hui and other nine ethnic groups are native inhabitants.

Data by the end of 2011 showed that ethnic groups other than Han make up about 60 percent of Xinjiang population.

By Huan Xiang from People’s Daily/NewsGhana.com.gh 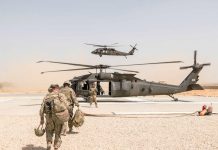 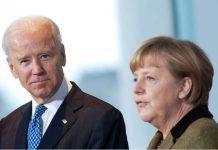 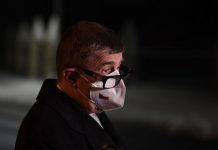 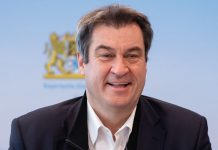 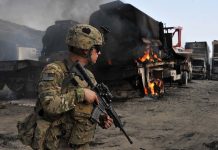 Biden proposes to hold summit with Putin in coming months 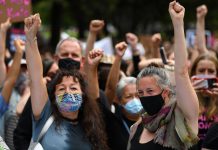 Millions of women cannot make decisions about their own bodies – UN