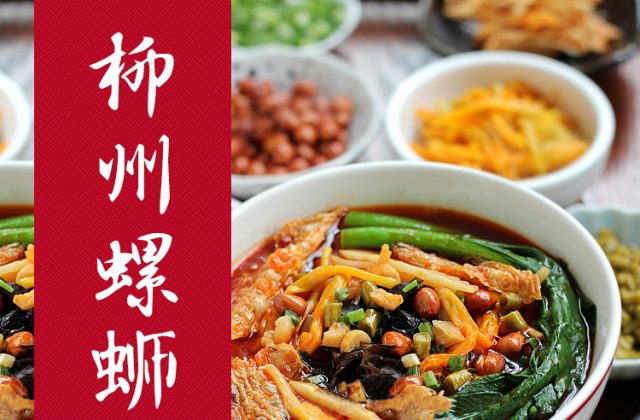 Rice noodles with snails, a signature dish sold at street stalls in south China’s Guangxi Zhuang Autonomous Region, are being exported to the United States, a company said.

A combination of Han, Miao and Dong cuisine, “luosifen” is made from pickled bamboo, dried turnip, fresh vegetables and peanuts, and served in a spicy noodle broth flavored with river-snails.

In Liuzhou city, Guangxi, luosifen is usually sold from roadside stands or in night markets.

On Friday, about 50,000 packets of such noodles, worth about 600,000 yuan (about 87,000 U.S. dollars), were shipped to the United States, said Jia Defa, manager of Liuzhou Luozhuangyuan Food Company Ltd.

The popular local cuisine entered international market long ago, but has never been officially exported due to standards compliance problems.

With improved technology and quality control, companies in Liuzhou are now able to produce noodles compliant with international standards.

Luozhuangyuan was cleared by the inspection and quarantine agency to export last year, and the recent shipment was the first to be exported to the United States and Canada with customs clearance.

Listed as an intangible cultural heritage for Guangxi in 2008, the dish was featured in the hit foodie-travel show “A Bite of China” in 2012.

According to Liuzhou government, there are more than 5,000 Luosifen noodle shops on Taobao, with 200,000 packets sold everyday.