SOEs saw combined profits slump 14.2 percent year on year in the Jan.-Feb. period to 222.6 billion yuan (34.2 billion U.S. dollars), according to data from the Ministry of Finance, a much sharper drop than the 6.7-percent fall recorded for 2015.

The state sector continued to face great downward pressure, the ministry said in a statement.

As of the end of February, combined debts of the state firms swelled by 17.9 percent to 79.7 trillion yuan, while their total assets expanded 15.6 percent to 120.3 trillion yuan.

The figures, which exclude financial firms, were collected from SOEs in 36 provincial-level regions and those administered by the central government.

China has about 150,000 SOEs, and some have become ossified by declining profitability due to a lack of competition and an industrial glut. The government is trying to improve their fortunes through reform, moving toward mixed ownership and market-oriented management in the hope that this will improve their efficiency. Enditem 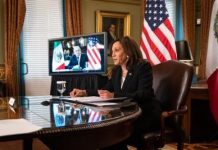