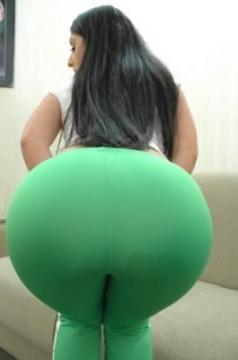 ?Just before the monumental fiasco in Tamale, news filtered through to me in Accra that my younger brother Ernest Kwadwo Kyere, 53, had crossed the river into eternity.

I went to Tamale in a hushed state of mourning and straight from there attended the one week celebration. A date was fixed for the funeral and preparations.

And so it was that I left Accra at 10 pm on Friday 23rd M y 2014 for Berekum. I have this transport company client who occasionally give me a car for trips to Berekum. During the last outing, about two weeks ago, they gave me a driver who is the ?most careful? driver in the world ? he took 8 raw hours from Accra to Berekum ? at one stage he was driving like a tortoise !!!!!!!

This time round I prayed for a speedster driver, so you can imagine how I felt when the car arrived and seated behind the driving wheel was the same old I don?t want problem driver!!!! Oh God, so today too we are going to use 8 hours?

To my total shock and surprise, I slept and woke up only to see we were in Konongo, two hours in the journey. By 2.30 am we were in Berekum, after a mere 4 hours !!!!completely stunned I asked in disbelief Joe, how did you make it ?

Saturday morning. Funeral service. Then we went to freshen up for the main funeral rites in the afternoon.

In parenthesis let me say here that in my three score years on earth I have attended funerals out of number, and I have noticed that in the South, along the Coast, among? the Ewes and the Fantes, ?funeral? is really? the ?church service? ? they actually spend quality time? in the church, stay there for minimum four hours, and after? that the ?funeral? is over ? the remainder is individual family eating drinking, refreshments and so on.

Truly, in the South, if you say you are going to a funeral either in Sogakofe or Elmina, Cape Coast or Aflao, it means you are going to? ?church service? I was at Lawyer Kom?s funeral, also Dr. Ephraim Amu?s funeral ? so that is how they do it.

Among? theAkans it is a different ball game altogether

Formerly, when a person dies, they will bury him? then set a date for the funeral, which is setting aside a whole day where they will sit down and tell? the praises of the deceased???..(yeeyin?aye)

As a result of modern pressures of time, travelling and so on, events have all been compressed into one day, so the family will bury the corpse in the morning, usually associated with a fleeting church service, and these days they rarely do it inside a church, aftertimes on a football field or the compound of a house, then in the afternoon, they will sit instate not to praise the deceased but to do literally a carnival,receive donations and display culture.

Among the Akans, if you say you are going to funeral, then it is going to the afternoon gathering, called eupheumestically as ?final funeral rites? (what rites indeed !!!!!!!!!)

Normally? the big men come at the tail end of the funeral ? Otumfuo or paramount chief for instance come, if at all, very late, to literally close the funeral.

And it is at funerals that you see the latest rich funeral clothes ? at times I wonder where these clothes are made, and reader, the WOMEN !!!!Oh my God ? for the ladies, dressing up for a funeral means more than ever dressing to go to church.

Your dress is a statement ? oh my God ? no wonder as a policy I always try to find excuses to prevent my father in law?s daughter from going to funerals, for fear that hungry eyes may find her dressing a ?statement? and start creating problems for me.

And, Berekum is no different.

And you know, this particular funeral, I was part of it, but not involved. I had to be there, seated at the front row, in the family line, yes, but not one of? those going up and down, welcoming mourners, thanking those who have made donations and so on.

In? every funeral? that I have attended before, I always greet, sit down small, then leave. Standard regular procedure. But this one, I sat right at? the front, not going anywhere, as if in the theatre watching, FOUR hours !!!!!!!!!!!

As you can imagine, people of all walks of life, from far and near, chiefs, workers, farmers ? you name them, live band to the right, continuously making announcements of donations, then spinners at the left end, similarly making announcements of donations, then to? the far north? the ATEA BISA Cultural Group (their name intrigues me ? ATEA BISA ? when you hear, ask ? don?t just listen blindly !!!!!!!!!)

Then reader, something curious happened. All of a sudden to the far right attention was drawn to the arrival of some chieftain, amidst heavy drumming: two macho men were carrying atumpan drums which were being beaten noisily?????..then? the new arrival greeted al round, came to me also, shook my hand????..i turned to ask who is this chieftain?

?Oh, she is the Queenmother of Chiraa???.Nana Yeboaah III.? Wow. She likes showmariship !!! I stretched my neck to take a good look then sat down quietly.

After about thirty minutes as the coming and going continued, special announcement :

?The Queenmother of Chiraa says she wants the widow to dance with her to music provided by ATEABISA cultural group as she says farewell to leave.?

Then I saw? theQueenmother of Chiraa rise up and reader,? the woman has majesty !!! Dressed in ?dansinkran? with appropriate beads and golden arm bands, looking very tall and stately and big with imposing personality, Her Majesty, a mother of seven children, took very slow solid majestic steps ? to the admiration of all ? across? the main grounds, to invite the widow, FaustinaKyere for a dance. Oh, it was wonderful, seeing Her Majesty shaking her torso gracefully, not smiling, not angry, looking cool, calm, shaking her arms??.reader, tradition is NICE !!!!!!

The way the Queen took centre stage, tongues began wagging that she was the Queenmother of the whole Dormaa state, which looked very appropriate for her states, so quickly the MC reminded all of us that she is the Queenmother? of CHIRAA, the DormaaBenkumhemaa ? nobody should create problems for her tomorrow at a meeting of Dormaa Traditional Council !!!

After about thirty minutes of sold showmanship, just as Her Majesty left to sit down, I saw about fifty women rise up from the far right, then there was this simply dressed attractive lady, no make up, just her funeral cloth??????.oh, she is Auntie Dede, the SECOND WIFE of the deceased??????.she did not want to be upstaged, so she and her fifty supporters also went round? the whole funeral grounds, dancing to the same ATEABISA cultural notes ? but as for her, a nurse, she was not dancing, all she was doing was just begging, with her hands, as if saying ?I beg you, I beg you, I beg you?????.? Reader, it was a spectacle I had never seen before.

As her train passed in front of me, I took a good look at this begging widow, whose face did not look like someone? who is in need of anything. I hear as a nurse she stayed by the side of her late husband throughout until the man died.

Now the stage was set for the two widows to trade innuendoes at each other through their supporters, and to hype up the tension, the live band struck Daddy Lumba?s current President Mahama favourite????? YENTIE OBIARA? and reader, over two hundred women descended on the floor, to dance ? come and see waist shaking !!!!!

The funeral was over