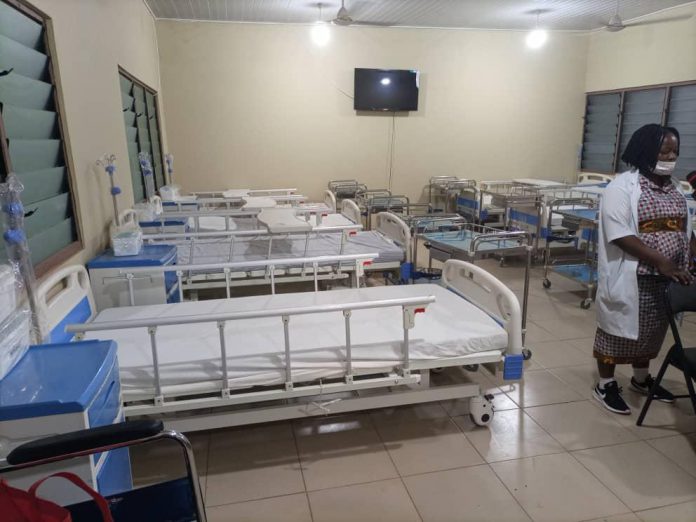 Chirano Gold Mines Company Limited has commissioned and handed over a GHC 470,000 maternity ward and laboratory facility for the Chirano health centre in the Bibiani Anwhiaso Bekwai Municipality of the Western North Region.

He said the health needs of persons in their catchment area was Paramount to the company and gave the assurance that they would support in that regard.

Mr Ampratwum explained that the facility would help reduce maternal mortality in the area and motivate pregnant women to seek early antenatal care.

Okogyeman Kwaku Gyambrah III, Paramount chief of Chirano traditional council commended the company for the various social intervention programmes in its catchment area and pledged the traditional council’s support in maintaining the facility.

He commended the government for leading the fight against illegal mining in the country and asked Ghanaians to support the President to rid the country off the activity.

Dr Isaac Oppong, who represented the Regional Health Director thanked the company for the various interventions especially during the initial records of the COVID-19 pandemic in the Region.

He announced that plans were advanced to convert the facility to a Polyclinic and therefore would need more support and asked other organizations to assist the health directorate to make it a reality.

Madam Agnes Ataa Amofah Junior, Physician Assistance in charge of Chirano health centre in an interview with the Ghana News Agency (GNA) said the fully furnished facility had come at the right time the over 40 years old maternity ward was a major challenge for expectant mothers and midwives.

She said pregnant women would no longer be referred to Bibiani government hospital and advised pregnant women to attend antenatal clinic and promised that workers at the facility would give off their best to improve upon health care delivery in the area.