After excelling throughout the many weeks since the competition started, Asiedua goes into tonight as one of the favourites in the final to take home the enviable crown.

Named Grace Afenyi Owusu-Arhin but using Asiedua as her stage name, the Central Regional representative has wowed judges with her performances and earned fans not only from her region but across the country. 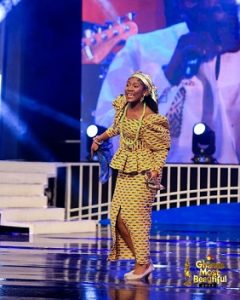 Despite equally good competition from four other finalists, 23-year-old Asiedua deserves the crown having evolved throughout this season.

For a young lady who carries herself as a well-groomed woman from a good home, it was no surprise when she was named Best Costumed contestant on the final eviction night.

In her eye-catching costume, Asiedua used her eloquence to her advantage and convinced the judges why they should keep her in the competition to advance to the finals.

She stressed that she has keen interest in the transformation process of GMB contestants from girls into women of integrity. 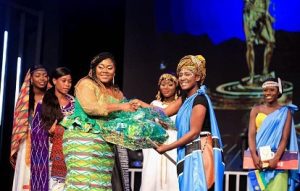 When crowned GMB Queen for this season, Asiedua who is a trained journalist has set her sight on embarking on a project to get school dropouts back in school.

She has also taken it upon herself to help equip the youth with various crafts to enable them take care of themselves, and their families, and also live a good life to become important members of society.

Becoming a Queen tonight will mean the Central region has produced four different winners since GMB started, the most by any region.

To see the beautiful Asiedua winning the 2022 GMB, kindly dial *713*13# or download the TV3 reality app to vote for her. Don’t forget to show massive support by voting as many times as possible. 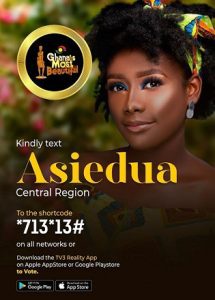 Social Welfare identifies poverty as leading cause of child trafficking

Funeral of the late Swedru chief underway in the Central Region