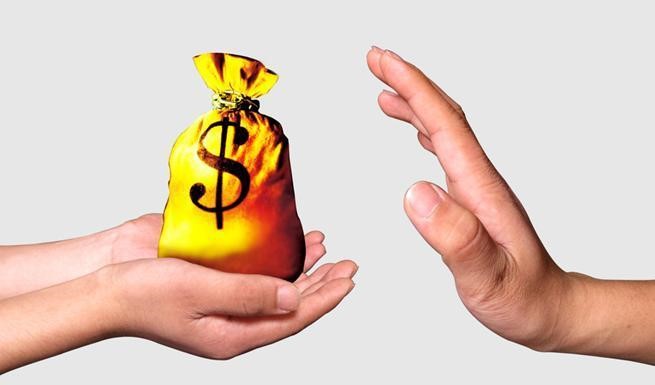 Mr Richard A. Quayson, a Deputy Commissioner Commission on Human Rights and Administrative Justice (CHRAJ), has called for a collective effort to fight against corruption.

He said state and non-state institutions must work together on accountability and transparency strategies in public, private, and non-for-profit institutions, “we cannot work across purposes.”

“We must all collectively move away from the talk, talk and act on issues of corruption, we must report an incident of corruption from our workplaces. CHRAJ doors are open wide for anybody who smells corrupt practices at workplace or any public institution to walk in and report, we will protect your identity, and conduct our own investigations.

“It is only when we all open our eyes wide and other sense against corrupt practices only then can we fight it,” he said.

Mr Quayson stated in response to critics questioning why GSS and CHRAJ would conduct a survey on people’s experiences and views on corruption in Ghana as state institutions at a day seminar organized by the Ghana News Agency.

The GNA provides a platform for both state and non-state organizations to address national issues to enhance development.

Speaking on the topic: “Is the fight against corruption a mirage or reality, the perspective of CHRAJ,” Mr. Quayson explained that “it is time to infuse fearless honesty into the national behaviour and ignite collective sustained action with co-ordinated efforts, as well as the judicious application of resources of stakeholders to combat corruption”.

He said the National Anti-Corruption Action Plan sought to strengthen public capacity to condemn and fight corruption and make its practice a high-risk, low-gain activity.

The CHRAJ Deputy Commissioner also said the fight hinged on institutionalise efficiency, accountability, and transparency in the public, private and not-for profit sectors, engage individuals, media and civil society organisations in the report and combat of corruption; and conduct effective investigations and prosecution of corrupt conduct.

“Amidst growing perceptions of corruption, the public has become increasingly cynical about the official commitment to effectively tackle the menace.

Mr Quayson noted that corruption in Ghana is largely nurtured and influenced by the patrimonial character of the society where informal relations, family connections and social reciprocity are reflected in levels of favouritism, cronyism and nepotism.

“Social and economic structures in Ghana exhibit a complex interplay between the traditional and the modern,” he observed.

He said cultural factors also play an important role in shaping our social and economic structures… “the culture of gift-giving and gift-taking, used in our culture to cement social and economic relationships, is perceived to create conditions for corruption.

“The patronage system also fundamentally influences the formal system and creates contradictions between how institutions are intended to operate in principle and how informal practices supplant formal structures.

“As a result, public administration and political competition often appear to be driven more by personal ties than formal rules”.

“A free and independent media, with adequate access to information, is extremely important in the fight against corruption. It is by exposing incidents of corruption that there will be an environment in which corruption is a high-risk and low-gain undertaking,” Mr Ameyibor stated.

Mr Ameyibor also urged the media to avoid bias and sensationalism in reportage of incidence of corruption as such reportage can undermine the ability of anti-corruption agencies to deal effectively with corruption.

Alfred Lamptey to fight Ndauendapo in Tanzania on Friday

Fight against galamsey is a national problem – Paul Amaning