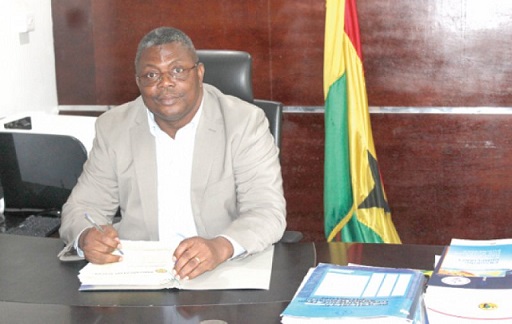 Mr Richard A. Quayson, Deputy Commissioner Commission on Human Rights and Administrative Justice (CHRAJ), on Monday called for the private sector and Civil Societies participation in the implementation of the National Anti-Corruption Action Plan (NACAP).

“The control of corruption in Ghana should be the responsibility of each citizen. Through NACAP citizens are allowed to join hands and tackle corruption in the country to secure and sustain the nation’s development,” Mr Quayson told the Ghana News Agency in an interview in Accra.

He noted that since the inception of NACAP in 2015 the Commission had seen more public sector participation in its implementation plan to fight corruption in the country than the private sector and civil societies.

He said the Private Sector was mostly classified as the engine of economic growth in the country and the largest, its involvement would reduce corruption and add to the success story of NACAP.

Mr Quayson explained that Civil Society including the Chieftaincy Institutions, Academic Institutions, Religious groups and other identifiable groups that would help balance the fight against corruption in the country from only the public sector.

He said progress made in the implementation of NACAP from 2015 to 2019 indicated that all 24 short term activities captured under the Action Plan were at various stages with two of them fully completed.

“Also with the medium-term activities, 41 out of 47 activities were at various stages of implementation with two activities completed,” he said.

Thus for the five years, a total of eleven activities out of 135 were awaiting implementation.

“We want to see more institutions and stakeholders come on board. Corruption did not affect institutions alone but its implications affect all, in that if the health sector was corrupt the citizens would experience its ripple effect in the quality of service provided and same with all sectors of the economy,” he said.

The CHRAJ Deputy Commissioner explained that corruption was an insidious plague that has a wide range of corrosive effects on societies.

“It undermines democracy and the rule of law, leads to violations of human rights, distorts markets, erodes the quality of life and allows organised crime, terrorism and other threats to human security to flourish.

“It hampers efforts to alleviate poverty, undermines political stability and economic growth and diminishes the country’s attractiveness for investment,” he said.

The CHRAJ Deputy Commissioner said the war against corruption cannot be won in a day but required the collective effort of all citizens.

He, however, commended the Ministry of Lands and Natural Resources for efforts made to ensure that all their staff were trained by CHRAJ in the fight against corruption and their coordinators for putting in much effort to implement the NACAP in their work places.

He further commended Ghana Integrity Initiative (GII), Centre for Democratic Development (CDD), Star Ghana Foundation and Ghana Anti-Corruption Coalition (GACC) for their partnership in the implementation of the NACAP.

Mr Quayson also commended the Ghana News Agency who had partnered CHRAJ on NACAP since its inception.

“GNA has played a pivotal role in the fight against corruption as the agency consistently participated and played actively in public education as well as providing in-depth reportage.”

On the impact of NACAP, Mr Quayson noted that the Ghanaian society, recognising the negative impacts of corruption has, over the years, undertaken various policies and measures to control it.

He recounted that, in 1998, the country organised the first National Integrity Conference that made significant proposals to tackle corruption and build integrity.

“Significant developments have taken place since that Conference. The country has since continued to strengthen the legal and institutional framework for fighting corruption and lifted her economic and public sector reforms to a higher pedestal and begun rationalising the remuneration structure of the public service,” he said.

Mr Quayson explained that the Second National Conference on Integrity was organised in October 2011, which enabled anti-corruption practitioners, government, parliamentarians, civil society, the private sector and development partners to take stock of efforts to combat corruption and build a robust ethics infrastructure for the country.

He said an overview of developments in the country’s legal and institutional anti-corruption framework was given and the challenges that lie ahead carefully analysed.

He said the country had made significant progress with the introduction and implementation of the various anti-corruption measures but there were still challenges.

He described NACAP as a strategy that transcended political boundaries and tackled corruption holistically through prevention, education and enforcement.

“NACAP is an unqualified contribution to the fight against corruption and the promotion of national development. It contains strategic action plans identified and agreed upon by stakeholders, including the private sector, during nationwide consultations,” he said.

Mr Quayson noted that the greatest strength of the NACAP is that it is to be directly integrated into national development planning, making the plan an integral part of the regular annual activities of public institutions, including the Ministries, Departments and Agencies (MDAs).