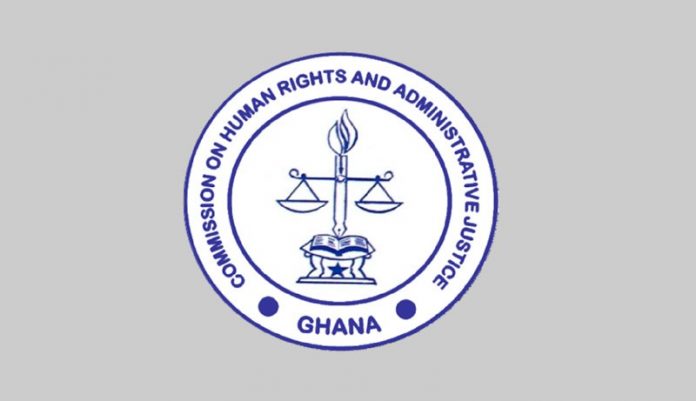 The Commission on Human Rights and Administrative Justice (CHRAJ) has joined hands with Ghanaian children nationally and on the African Continent to celebrate the 2021 Day of the African Child.

The Day of the African Child was instituted in 1991 by the Assembly of Heads of State and Government of the then Organization of African Unity (OAU) in memory of the June 16th, 1976 student uprising in Soweto, South Africa.

The 2021 Day of the African Child is on the general theme: “30 years after the adoption of the charter: accelerate the implementation of agenda 2040 for an Africa fit for children,” a statement signed by Mr Joseph Whittal, CHRAJ Commissioner and copied to the Ghana News Agency.

The Commission seeks to use the celebration to focus on the challenge of Child Early and Forced Marriages (CEFM), which is a practice that violates the rights of children; with disproportionate effect on the girl-child. This practice creates an insidious state of dependency and intergenerational cycle of vulnerability for the affected children.

According to CHRAJ the Children’s Act, for instance, sets 18 years as the minimum age for marriage, and further outlaws any form of child marriage within Ghana; “Any person who acts in contravention of these provisions shall be liable to a fine or to a term of imprisonment or to both”.

The statement noted that despite the existence of legislation, policies and programmes, to protect the child, the practice of child marriage continues to be practised unabated.

CHRAJ statistics available to the Tema Regional Office of the Ghana News Agency indicated that in the past three years, the commission received a total of 89 Complaints of CEFM (32 in 2018, 32 in 2019, and 25 in 2020).

According to the CHRAJ data, the National Strategic Framework on Ending Child Marriage 2017-2026 reports that one in every five girls in Ghana gets married before 18 years, with emphasis on the percentage of girls between 20-24 years.

Child marriage disproportionally affects girls over boys: among boys aged 20-24 years, 2 per cent were married before the age of 18, compared to 21 per cent of girls.

This reflects the general statistics as women in urban areas are indicated to marry 3.5 years later than those in rural areas.

According to CHRAJ, several factors account for the practice of CEFM, including; economic drivers such as incentive to marry out girls to reduce financial burden on the household, customary practice such as girls being given in marriage as compensation and settlement for family or communal issues like debt, social norms and the need to reinforce social ties and perceived protection.

“Other factors are lack of education and employability or livelihood opportunities for girls, lack of knowledge and poor enforcement of laws that protect girls from child and early forced marriage and school dropout,” the CHRAJ statement stated.

According to CHRAJ, the practice persists in Ghana because of deep-seated socio-cultural and religious obstructions in the full enforcement and implementation of laws and policies.

“As a country we must adopt pragmatic measures at retaining girls in school, preventing teenage pregnancy, empowering girls economically, enforcing laws on child marriage as well as designing tailored advocacy programmes to educate key stakeholders and adolescent girls on the consequences of child early and forced marriage,” the statement noted.

CHRAJ therefore called on the government to reinvigorate through the Ministry of Gender, Children, and Social Protection the capacity to coordinate work across relevant actors in the country working on preventing and eliminating Child marriage, provision of legal literacy and livelihood skills to girls at risk and survivors.