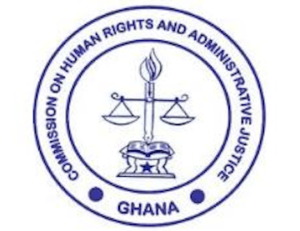 Mr Richard A. Quayson, Deputy Commissioner, Commission on Human Rights and Administrative Justice has stressed the need for more action in the fight against corruption.

“We must collectively move away from the talk, talk and act on issues of corruption, we must report incidents of corruption from our workplaces, our communities, and within the public establishment,” Mr Quayson said.

“It is time to infuse fearless, honesty into the national behaviour and ignite collective sustained action with coordinated efforts, as well as the judicious application of resources of stakeholders to combat corruption.

Mr Quayson made the call at a Stakeholders Engagement seminar organised by the Ghana News Agency’s Tema Regional Office.
The engagement aimed at providing a platform for both state and non-state organizations to address national issues and enhance development.
It is also a platform to serve as a motivational mechanism to recognize the contribution of journalists toward national development in general, growth, and promotion of the Tema GNA as the industrial news hub.

“It is only when we all open our eyes wide and other senses against corrupt practices only then, can we fight it.”
Answering the question, “Is the fight against corruption a mirage or reality?” Mr Quayson explained that corruption in Ghana was largely nurtured and influenced by the patrimonial character of the society where informal relations, family connections, and social reciprocity were reflected in levels of favouritism, cronyism, and nepotism.

“The patronage system also fundamentally influences the formal system and creates contradictions between how institutions are intended to operate in principle and how informal practices supplant formal structures in reality.

“As a result, public administration and political competition often appear to be driven more by personal ties than formal rules,” he added.

Mr Quayson noted that the lack of effective and sustained coordination in the implementation of anti-corruption measures; and sometimes apathetic government commitment to, and limited support for, the implementation of anti-corruption strategies as part of the problems in the fight against corruption.
The CHRAJ Deputy Commissioner also said amidst growing perceptions of corruption, the public had become increasingly cynical about the official commitment to effectively tackle the menace.

Mr Quayson said the doors of CHRAJ from the national to the regional and district levels were open for anybody who smells corrupt practices at a workplace or any public institution to walk in and report, adding, “we will protect your identity, and conduct our own investigations.”

Kennedy Agyepong tells what he stands for; patriotism, honesty and patriotism

CHRAJ Identifies Corruption As The Enemy Of Quality Education