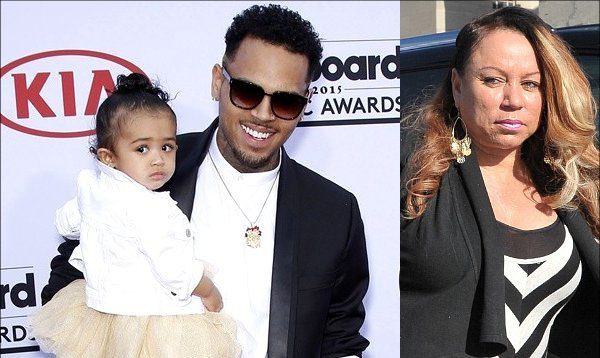 Chris Brown was discontent with the fact that his 1-year-old daughter Royalty was spending time with his mother Joyce Hawkins. Unhappy with the situation, the R&B singer then cut off his agreement with Nia Guzman to pay $10,000 a month for child support.

According to , Chris and Nia had reached an agreement on child support. Based on the agreement, Chris is required to pay $10,000 a month, starting July 1. Previously, Nia reportedly demanded $15,000 a month on child support but Chris found it ridiculous and only paid $2,500.

Later on, when the ?Ayo? hitmaker wanted to bring Royalty with him this week, he learned that Nia had shipped her off to hang with his mother Joyce. Chris reportedly has had strained on-/off-relationship with his mother for several years. He was upset with the denial of his visitation and decided to break the agreement. However, Nia claimed it was the first time she ever denied Chris? visitation.

Following the situation, Chris has filed legal documents to establish paternity of his daughter Royalty. He wants a judge to help them settle their child support and custody issues.