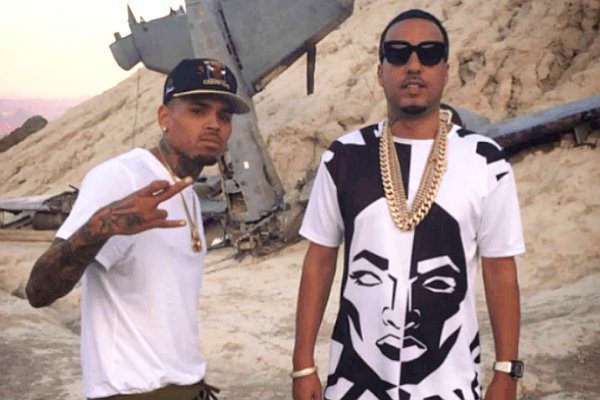 Chris Brown reunites with French Montana for a new track called ?Gangsta Way?. The two, who have previously appeared together on multiple songs like ?Moses? and ?Loyal?, have their latest collaboration leaked online earlier this week.

The slow-tempo country-tinged tune opens with the hook featuring Breezy singing about ?riding round the town and down the block? before Montana delivers the first verse about how money and fame don?t change him.

Before the studio version hit the web, Breezy had performed ?Gangsta Way? live while he made club appearances. The song is presumably a cut off his next album, which he?s said will be called ?Royalty? after his daughter. The LP, a follow-up to last year?s ?X?, is due out in fall.

While putting the finishing touches on the new project, Breezy has been hitting the road for his ?One Hell of a Nite? tour. Along with Fetty Wap, Kid Ink, Omarion and Teyana Taylor, Montana is supporting the trek which kicked off earlier this month.