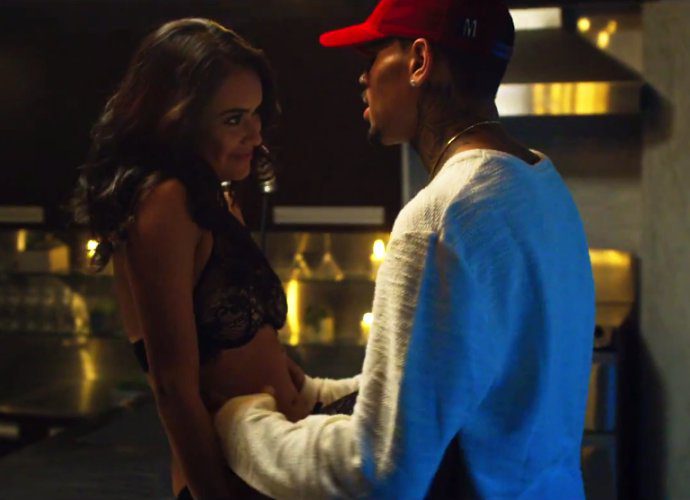 After engaging in a bizarre battle in the “Fine by Me” music video, Chris Brown visits his girl in the “Back to Sleep” visuals. Landing online on Monday, December 14, the clip opens with the singer calling his lady, telling her that some crazy things have been happening to him and that he’s coming to her place.

When he arrives at her home, he finds her waiting for him in the kitchen in only lingerie. In between scenes of them getting intimate in the bedroom and then in the shower, Breezy is performing the song with a band for a small crowd in a club.

“Back to Sleep” is featured on the R&B star’s new album “Royalty”, which is scheduled to hit the stores on December 18. Titled after his daughter, his seventh studio effort has also been preceded by tracks like “Liquor”, “Zero”, “Fine by Me” and “Anyway” featuring Tayla Parx.