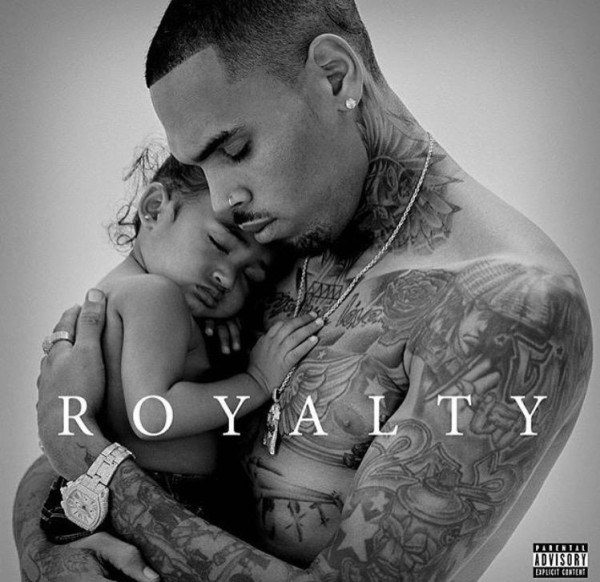 Chris Brown is paying tribute to his daughter on his latest album cover.

The 26-year-old pop star took to Instagram today to share the cover art for his upcoming album, Royalty, which he named in honor of his 17-month-old baby girl.

?#ROYALTY ALBUM COVER,? the proud dad captioned the pic on Instagram, which shows a shirtless Brown cradling his daughter as her head rests peacefully on his shoulder.

Since becoming a father, Brown has stepped up to the plate when it comes to his parenting duties. He regularly posts photos of his wee one on social media and he even brought the little one as his date to the 2015 Billboard Music Awards in May.

?I honestly never knew I could love someone as strong as I do,? Brown wrote of his first child on social media that same month. ?I?m gonna give her the world.?
Last month, E! News confirmed that Brown was awarded joint custody of his daughter, whose mother is the singer?s ex, Nia Guzman. Guzman wanted the singer to have supervised visitation rights, but the judge ruled in Brown?s favor. The Grammy-award winner must also pay Guzman $2,500 every month in child support.

Earlier today, Brown Instagrammed an adorable photo of his daughter (who, of course, is wearing what appear to be baby Yeezy Boost sneakers) and revealed he?s ?trying to learn how to do her hair.?
The ?Run It? singer then shared a pic of the finished product and we must say: Nice job, Breezy!

On Tuesday, the doting dad also shared a photo of Royalty dancing around at the photo shoot for his album cover, which was shot by Lana Del Rey?s boyfriend and Vogue photographer Francesco Carrozzini.

?My main focus now is just my music, but my daughter first,? he told Real 92.3?s Big Boy back in June. ?When it comes to me being able to perform and do this, it?s cool. But for right now, I?m doing it all for her.? The release date for Royalty is not yet confirmed, but the album is expected to debut in late November.