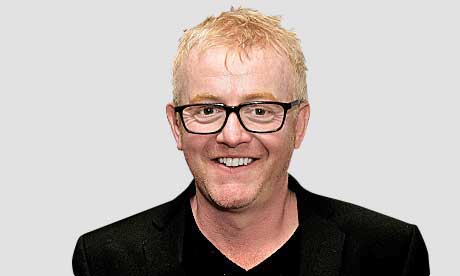 Evans said he was ?thrilled? to get the job, describing the motoring show as his ?favourite programme of all time?.

?I promise I will do everything I possibly can to respect what has gone on before and take the show forward,? he added.

Clarkson was dropped in March after punching a producer while on location.

Car enthusiast Evans, who has signed a three-year deal with the BBC Two show, had been tipped to replace his good friend Clarkson but had previously insisted he was not interested.

An ?all-new? line-up means Clarkson?s co-hosts Richard Hammond and James May will not be involved.

The BBC?s David Sillito said that while Chris Evans was a household name, Clarkson had a long-running association with Top Gear and his were big shoes to fill.

?Everything about Top Gear was Clarkson, May and Hammond, primarily Clarkson,? he said.

?We have no idea who Evans will be filming the new series with. It could be one presenter, two, a whole team, or it could be a different set of presenters every week.?

Top Gear is watched by some 350 million viewers worldwide and is one of the BBC?s biggest shows, with overseas sales worth an estimated ?50m a year.

Once the news broke, Evans tweeted: ?First tweet as new Top Gear host. I would like to say Jeremy, Richard & James are the greatest. And NO I?m not leaving the R2 Breakfast Show.?

And in a statement, he said: ?I?m thrilled, Top Gear is my favourite programme of all time.

?Created by a host of brilliant minds who love cars and understand how to make the massively complicated come across as fun, devil-may-care and effortless.

?When in fact of course, it?s anything but and that?s the genius of Top Gear?s global success.?

Back in March, Evans had denied that he was taking over the show?s presenting duties, tweeting: ?I can categorically say I am not and will NEVER be running for office. Pls discount my candidacy.?

Controller of BBC Two and BBC Four Kim Shillinglaw said she was ?delighted? that Evans would be presenting the next series of Top Gear.

?His knowledge of and passion for cars are well known, and combined with his sheer inventiveness and cheeky unpredictability, he is the perfect choice to take our much-loved show into the future,? she said.

?Chris is a huge fan of Top Gear and has great respect for the craft and work ethic of one of the best production teams in the world.

?He knows the phenomenal attention to detail it takes to make a single sequence of Top Gear, let alone a whole series. He is already full of brilliant ideas and I can?t wait for him to get started.?

Production on the new series of Top Gear will start in the next few weeks and the BBC said more information would be announced in due course.

Jeremy Clarkson was suspended, then dropped, by the BBC in March following a ?fracas? with a producer at a hotel.

His final appearance on Top Gear will be shown on 28 June. The episode will be made up of two films shot before Clarkson was suspended, with Hammond and May presenting links from the studio.

Viewers will see Clarkson, Hammond and May behind the wheel of classic cars and beaten-up 4x4s in their final challenges as a trio.

Revealed: Notorious kidnapper Evans was shot by police in 2006

A look into the flashy lifestyle of notorious kidnapper Evans

Journalist Held for Attacking Another Presenter