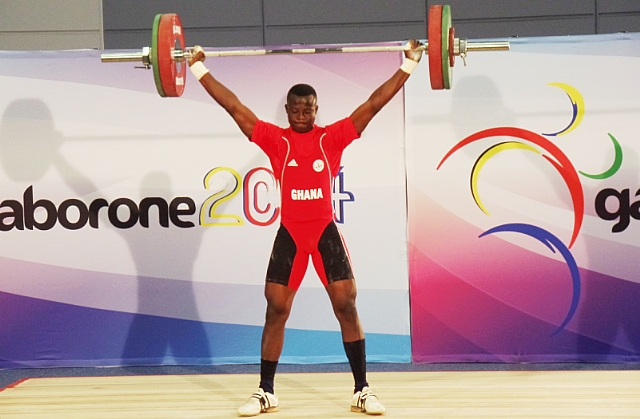 Captain of the Ghana Weightlifting team, the Cranes, Christian Amoah who has qualified for the upcoming Tokyo 2020 Olympic Games following his splendid performance at the recent African Weightlifting Competition in Kenya says he is determined to make a name for himself and the nation.

The Bukom based international athlete said he needs motivation and a sound mind to concentrate on his training, and go for the medal.

Christian Amoah was at Rio 2016 Olympic Games and wants to improved upon his performance with a medal for Ghana at Tokyo, Japan.

Christian Amoah, the 2019 SWAG Weightlifter of the Year with 8 medals in the year under review has increased his medal haul and hopes the media will promote his achievements.

He also won medals at the World Islamic Games to earn points.

He is rated at number 4 in the current Commonwealth Games list of category 96 kg athletes.

On top is Canadian Boadv Santavv (CAN), with Don Opeloge (SAM) at second and Vikas Thakur (IND) taking the third place.

Amoah (GHA) who is at the fourth position says he is happy to be in the best 5 weight lifters in his division and the position will motivate him to grab a medal at the Olympic Games in Japan.