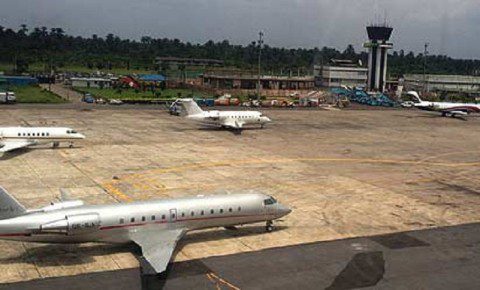 The Federal Government has over the weekend commenced this year?s airlift of Christian Pilgrims to Israel and Greece for Easter celebrations from the Akanu-Ibiam International Airport, Enugu.

Governor Peter Obi of Anambra State while performing the flag-off ceremony on behalf of the Federal Government, applauded governments efforts in approving the international operations of the airport.

The Chief Executive said:?this operation has reduced the inconveniences associated with airlift of pilgrims before now. We used to go through Abuja and Lagos but now, with the commencement of international operations in this airport, all that is now a thing of the past.

?The federal government has done well haven realized that the south-east is the economic nerve center from were this year?s pilgrims airlift will be signpost.

?As you go to the Holy Land, be good ambassadors of Nigeria and do not bring shame to this country through whichever means.

?I urge you to pray for a smooth transition as my tenure comes to and end on 17th March and reflect the experiences you garnered to the entire society.

In his remark, the Executive Secretary, Nigeria Christians Pilgrims Commission,NCPC,Mr. John-Kennedy Okpara, eulogized federal governments efforts in making the airlift possible especially for the people of south-east where he hails from.

He tasked the pilgrims to observe the exercise as a spiritual one while admonishing them not to see it as a jamboree.

Continuing, the Chief Scribe urged the pilgrims to conduct themselves properly during their stay in the Holy Land even as he challenged them to bring back eloquent testimonies and pray for the peace and security of the nation.

Christian Missionaries From US Kidnapped in Haiti

Kabul Airport to Be Ready for International Arrivals, Departures Within 3 Days