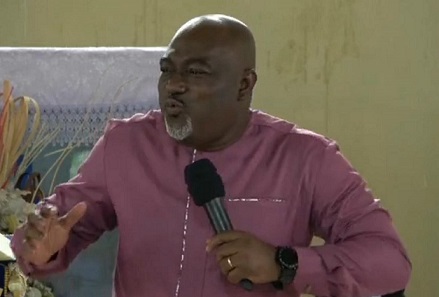 The Presbyterian Church of Ghana, Tema Community nine Redemption Congregation has held its annual Counseling and Family Life Sunday with a call on Christians to develop their emotional intelligence to manage their lives well.

Mr Ebenezer Kwadwo Abekah, a licensed counsellor and psychologist educating the congregants on emotional intelligence said it was key for all aspects of human lives indicating; that so many people were unable to manage their social, work and relationship lives due to their inability to make use of their emotional intelligence.

Mr Abeka said having high educational laurels without developing ones emotional intelligence led to many people failing in maintaining their family, work and social relationships, revealing that a lot of people resigned from their jobs or were reluctant to go to work due to the behaviours of their bosses.

He said research indicated that in Ghana out of every five marriages, three would collapse within the first three years while four will not survive by the fifth year saying that, “the sad part is that most of these marriages are that of Christians.”

He said most people acted based on their feelings before they thought making them to be reactional beings, this he noted accounted for the high rate of stress which accounted for about 90 per cent of all sicknesses which were often behavioural related.
He said there was therefore the need to develop the ability to perceive and interpret the feelings and emotions to act right in all situations, saying “it is the ability to recognize and understand one’s emotions and that of others and the ability to use this awareness to manage one’s behavior and relationships.”

Mr Abekah who is also an educationist encouraged Christians to know themselves by identifying their emotional triggers saying emotions covered excitements, depression, happiness, sadness, and hate among others.

He said after identifying the triggers, they must also interpret appropriately adding that as social beings they must also know the emotional triggers of their colleagues, partners, family members and others to relate well with them.

The Counselor said to become emotionally intelligent, they could use the 12 skills developed by the renowned science journalist, Daniel Goleman: emotional self-control, adaptability, achievement oriented, positive outlook and be empathic.

Others, were organizational awareness, person of influence, be able to manage conflict, inspire others, be a team player and also coaching and mentoring.