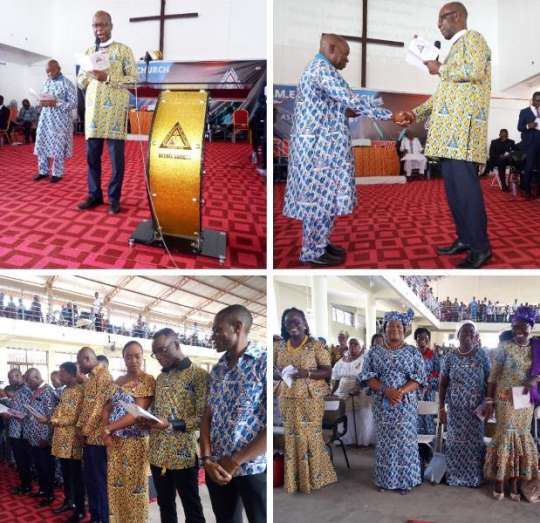 Rt. Rev. Dogbe was speaking at the inaugural ceremony of the Ashaiman District at Bethel Society of the A.M.E Zion Church, Ashaiman Jericho Hill, on Sunday.

He said the Bible admonishes Christians in Matthew Chapter Five to be the salt and light of the earth hence their responsibility to do the right thing by preserving the community God gave them both ecologically and socially.

He said, “it is interesting that we recognize our country as a Christian nation and the Christian population is said to be 70 per cent and yet we hear of the canker of corruption, bribery and its related activities in every aspect of our society everyday, which presupposes that a lot of the Christians are involved in these activities.”

“If we are seen to be conspirators with all of the evils, crime, corruption and all of the things that do not give glory to God, and do not enhance the well-being of society, it means we are not being the salt of the earth, we’re not being the seasoning that is supposed to add flavour and to preserve the society.”

He mentioned that Christians had a role to play in every aspect of their lives by being agents of transformation in their offices, schools and societies adding that they must work towards a life of integrity and purity.

In an interview with the Ghana News Agency (GNA), the Presiding Bishop said, “it is important that the Christian community in this country stood up for the truth and spoke truth and power by living honest lives and God will allow us to be fruitful in all our endeavours.”

He charged the first presiding elder for the district, Rev Prosper Ayivie, pastors, district officers and all members of the newly created Ashaiman District to continue to work diligently for God and always seek the well-being of the A.M.E Zion Church.

As part of the inaugural ceremony, the Presiding Elder, pastors and officers of the district were commissioned into office.

The Ashaiman District traces its roots to the then Accra District of the A.M.E Zion Church which existed from 1962 to 1997.

The drive for expansion led the Presiding Bishop of the Western West Africa Episcopal District of the A.M.E Zion Church to carve Ashaiman District from the Tema and Accra Central Districts at the East Ghana Annual Conference held at Penyi in the Volta Region in August 2019.

The Ashaiman District is thus made up of six societies and a preaching point.