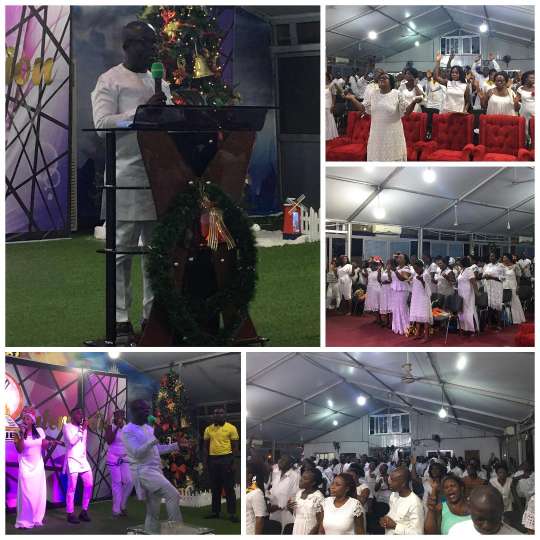 Christians have been advised to bear fruits in the New Year by utilising their potentials for the benefit of humanity, Bishop Dr Yaw Owusu Ansah, Regional Overseer of Resurrection Power and Living Bread Ministries International Accra West said.

He said unfruitful Christians would face the danger of being cut off from God’s goodness and supply.

Giving the sermon at the December 31st Watch Night Service in Accra, to usher congregants into the New Year, Bishop Owusu Ansah narrated a Biblical parable saying, “A man had a fig tree growing in his vineyard, and he went to look for fruit on it but did not find any.

“The man who took care of the vineyard, ‘For three years now I’ve been coming to look for fruit on this fig tree and haven’t found any. Cut it down! Why should it use up the soil? Sir, the man replied, ‘leave it alone for one more year, and I’ll dig around it and fertilize it.

If it bears fruit next year, fine! If not, then cut it down.’”
The regional overseer noted that similar to the parable of the fig tree, God has also planted Christians in His vineyard and was expecting them to bear fruits.

He said no one was brought forth into the world by mistake, but rather, everyone arrived by God’s own divine and perfect programming.

“As such, God being the landlord of our souls, He expects us to be fruitful and live up to our God-given potentials, he added.

“Nobody enters into an unfruitful investment venture. Don’t live as though nothing would be required of you. You may not yet have a car, or a house, but know that God has a purpose for your life.

“Your teachers, friends or even family may not regard you as important but God who created you regards you highly and believes that you can be fruitful,” he said.

Bishop Owusu Ansah said one could only become fruitful by making God, the Lord of his or her life.
He said those who took that step, had to follow through on their commitment by making it their goal to shun worldly fantasies and rather live to please God.

Pastor advises Christians to be fearless

Christians schooled on the relevance of baptism