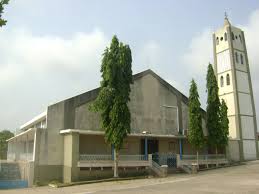 Apostle Dr Stephen Owusu Jackson, Chairman of the Christian Praise International Church, has urged politicians to be mindful of their choice of words to avoid tension in the country. He said as the country enters into 2015, his expectation was that Ghanaians would continue to live in peace and oneness for the growth of the nation.

?Our political leaders should be careful of the words they use during their campaign in 2015 to guard the peace the nation is enjoying because any wayward statement could cause havoc in the nation,? he said.

Apostle Dr Jackson was speaking in an interview with Ghana News Agency at the church?s premises at Pig Farm, near Dzorwulu in Accra on Sunday.

He said there was the need for religious leaders to continuously and seriously pray to prevent any calamity in 2015.

He advised national leaders to look up to God for the solution of the socio-economic conditions confronting the nation, particularly the erratic power supply.

Apostle Jackson asked the people to have hope in God in nation-building, saying: ?we as Christians believe that by the Grace of God the problems will be over.?

In a sermon after tying the knot for a couple as part of the last Sunday service in 2014, Apostle Jackson said Christian wedding ceremonies were not ?foreign culture? as some people perceived it.

He said the occasion was to bring the couple before God in a Christian doctrine after the family had done their part and also for the church members to witness, adding that Ghanaians should stop being ?stingy? by saying that weddings were foreign culture and a waste of money.

?If they are saying wedding is a foreign culture then they should not take up education, desist from wearing foreign cloths and eating foreign foods because they are not part of our culture or tradition,? Apostle Jackson said.

He said God?s main purpose for marriage was for the couples to assist each other and asked couples not to be selfish.

Touching on homosexuality and lesbianism, he prayed that they should not be legalised in the country as the act was a detestable thing to God which brought curses to families and nations.

Ghana Government and Apostle Safo to Team Up

Apostle Appeals to Ghanaians to Buy Made in Ghana Products

God’s Ministry Is A Calling, Not An Avenue To Richness – Apostle