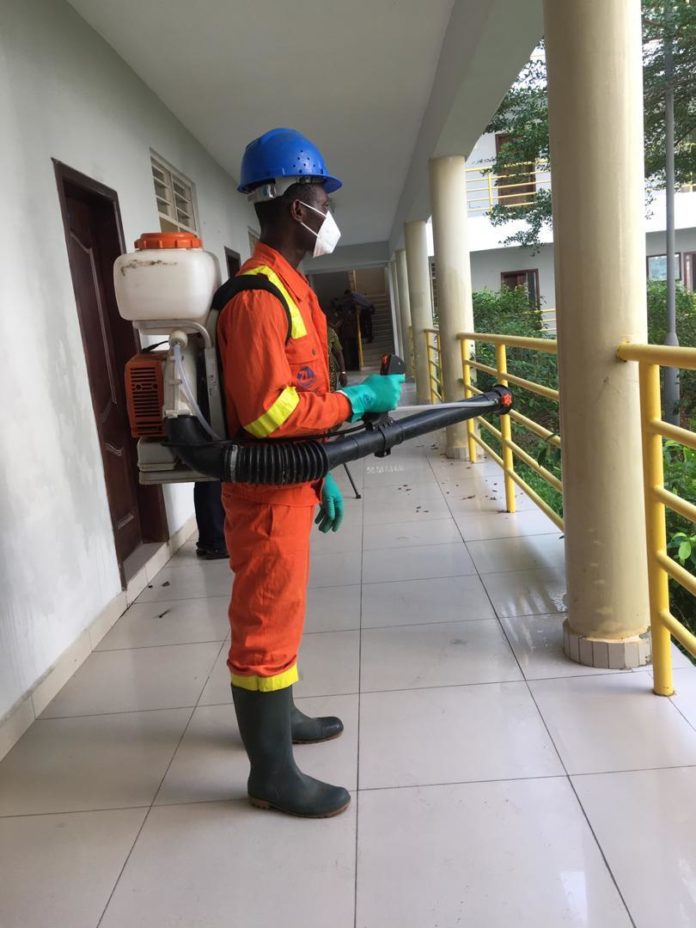 The Church of Pentecost has disinfected and fumigated its Pentecost Convention Centre which was used by the State as a Covid-19 quarantine base at the peak of the pandemic.

Speaking to the Ghana News Agency on the sidelines of the exercise, Pastor Ben Noye, Resident Manager of the Centre, said, the Church wiilingly gave the place to the State to quarantine patients as part of her contribution to the progress of humanity.

He informed that it was also the Church’s social responsibility to worshipers and non worshipers alike.

Pastor Noye said the centre had since March received patients, discharging the last patient at the end of October.

No activity has taken place here after the last discharge hence the engagement of the Zoomlion Company to fumigated and disinfect the entire facility. We want the public to know that, the Centre will be opened very soon for activities, he said.

Apostle Sammuel Nana Yaw Agyei, immediate past Resident Manager, told the GNA that the centre is known worldwide for holding conferences. The prime motive of the Centre is to create a conducive space for prayer.

“During the Covid-19 Pandemic the centre recorded zero death case, zero infections, and zero transfer, which is a big record. And if someone needs a place for holding a conference or programme, the centre is the best place to visit,” he said.

He said a second phase of fumigation and disinfecting would be done before the place would be officially opened for public use.