The National Criminal Investigation Department (CID) of the Ghana Police Service has taken over investigations into a shooting incident that claimed two lives at Miotso in the Ningo-Prampram District. 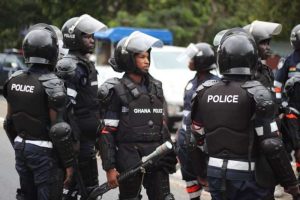 The gun battle over a piece of land also resulted in six other persons sustaining various degrees of gunshot wounds. They are currently receiving treatment at the Tema General Hospital.

ASP Obeng said the Tema Command was therefore waiting for the National CID to put out information picked from the further investigations.

She stated that bodies of the two deceased persons have been deposited at the Police Hospital morgue for preservation and autopsy.

According to her, the Tema Command received information on the shooting incident between Miosto and Dawhenya and therefore dispatched men to the area to restore sanity.

Sixteen persons, she noted, were helping in investigations into circumstances leading to the gun battle between the two communities.

She assured residents in Dawhenya and Miotso that the Tema Police Command had stationed men in the area to ensure peace and calm so people should go about their normal business without fear.