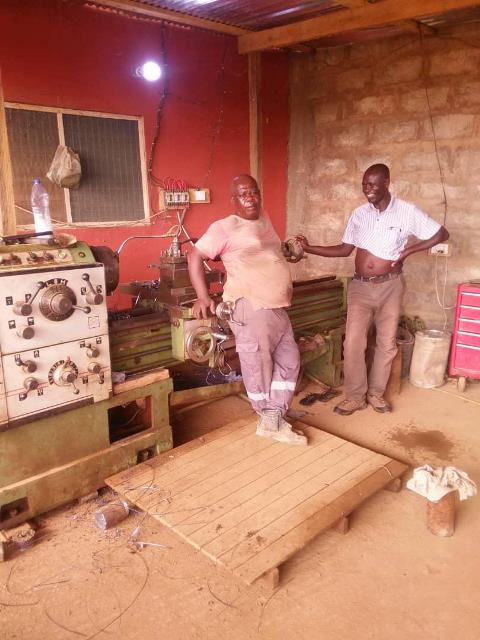 The Management of City Construction Company Limited, a Korean Company constructing the Nkwanta-Dambai roads in the Oti region has allegedly refused to provide its workers on site with PPES.

Despite the directives from President and the TUC that every employer should provide protective clothes for employees and put measures in place to avert the spread of COVID-19, the management was said to be adamant.

Mr Ibi Derrick, the Chairman of General Construction Manufacturing and Quarries Workers’ Union (GCMQWU), in an interview with the Ghana News Agency, said the leadership went severally to demand that workers should be provided with PPEs to protect them from COViD-19 but to no avail.

He said Won Geun Kim, the Planning Manager, told them it was not part of the company’s mandate to provide workers with PPEs.

“Meanwhile, they have provided sanitizer and thermometer in front of their office for those going to see Management to use before entering their office.

“It means is that if you are not going to them in the office, you do not have access to the sanitizer,” he added.

Speaking on the issue, Mrs Comfort Agambaa, the General Secretary of the GCMQWU, said that she received the complain from the Union Leaders and she spoke severally to the Human Resource Manager, Mr Attey Kwao Livingstone but he said he was not in position to speak to the issues.

She said till date, workers are on site working without any protective clothes nor sanitizers.

The General Secretary therefore called on authorities to close down the site if management is still not ready to abide by the directives.

Mrs Agambaa said the Managers should also be punished for disregarding the national directive to contain the COViD-19.

Meanwhile, Mr Kobina Addo Mensah, a Site Project Engineer, who picked Mr Won Geun Kim’s call, said the later was busy working on salaries and could not speak at the moment.

He, however, denied the allegations and said they have water at the site for workers to use for hand washing.

He noted that besides that they are currently digging a bore hole at the main gate to serve that purpose.

Mr Mensah said to further ensure safety of workers, Management provided sanitizer and thermometer at the entrance where they make row calls every day and every worker is checked before they go to site.

He, therefore, invited the media and the public to come to verify for themselves, adding, “We have our workers at heart”.