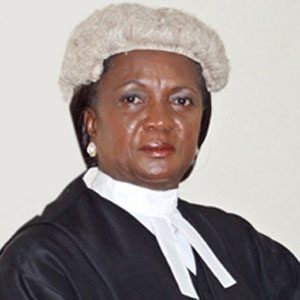 She said data protection should be given a top priority with other powerful considerations such as national stability and security to ensure the right balance between individuals shared personal information and that of data controllers of such information. Speaking at the opening of the maiden Data Protection Conference in Accra, Chief Justice Wood, in a speech read on her behalf by Justice Joseph Akamba, Judge of the Supreme Court, said privacy and data protection is critical in helping people maintain autonomy, integrity and individuality.

“Privacy fortifies our human dignity and guarantees other key values such as freedom of association and freedom of speech in our society. Our fundamental right to privacy as enshrined under Article 18(2) of the 1992 Constitution cannot and should not be compromised, especially today”, she said.

The two-day conference being hosted by the Data Protection Commission (DPC) is on the theme: “Creating the Right Balance between the need for Information and Data Protection”.

Over 600 data controllers and processors, as well as other stakeholders are attending the conference which aims at raising consciousness about data protection issues and sensitizing the public and key stakeholders about the statutory obligations that have been imposed in relation to the protection of data.

The conference is part of the annual awareness creation efforts of the DPC at providing the platform to discuss issues affecting data controllers and processors in the light of the implementation of the Data Protection Act, 2012 (Act 843).

She said as at October 2015, the National Communications Authority had estimated mobile voice and data penetration rates in Ghana of about 123.95 per cent and 64.39 per cent respectively, indicating that a significant number of Ghanaians have access to a mobile phone and interact over the internet using mobile devices.

She said the scenario points to a downside of increased privacy and fundamental human rights concerns as a result of the information generated and gathered through these mediums.

Mrs Wood said though globalization and borderless electronic communication has brought huge benefits to individuals, at the same time, the increased exploitation of personal information by governments and organisations, have caused widespread concerns.

She said there was the need for a real and effective protection for personal information, and that all stakeholders as well as the Data Protection Commission must look at data protection and privacy issues from a practical and common sense compliance perspective.

Professor Justice Samuel Date-Bah, Chairman of the DPC, said data protection and privacy are presently at the crossroad since information about people are constantly being recorded, communicated and analysed without their knowledge.

He called on all to see data protection as their responsibility as stakeholders work together to find the right balance in data protection that would help ensure compliance of the law.

Dr Edward Omane Boamah, Minister of Communications, said the conference was timely as society was now confronted with violations of many peoples’ privacy and hard won-reputation in the media and on social media.

He urged the participants to come out with concrete suggestions that would inform policy.