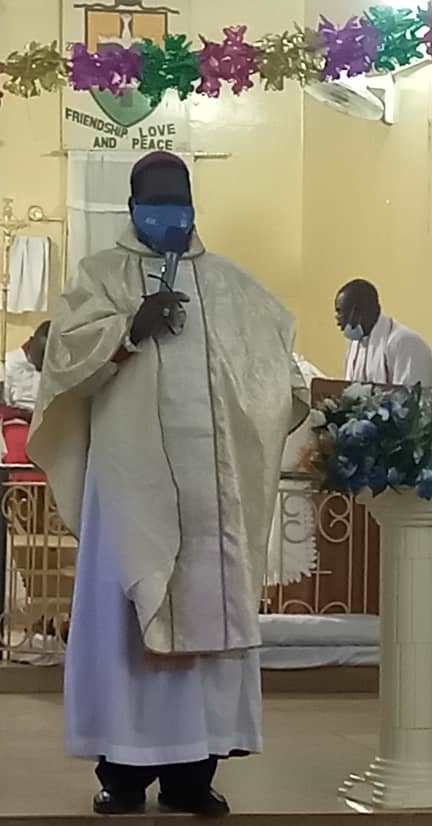 Right Reverend Dennis Debukari Tong, Bishop of the Anglican Diocese of Tamale, has advised pastors to focus more on the teachings of unity by the Godhead rather than the attempt to explain Trinity.

He said embracing unity doctrine in Churches better explained the relationship between the Godhead, the Son Jesus Christ, and the Holy Spirit, adding that it was difficult to describe Trinity except by the guidance of the Holy Spirit.

He said “Christianity has been accused by other religions as worshiping three Gods. This is because it is humanly difficult to describe the Godhead, that is the relationship that exists between God as Father, Son and Holy Spirit but it is possible with the guidance of the Holy Spirit.”

He made the call in a sermon during Church service on Trinity Sunday on the theme: “The Three-Fold Nature of God”.

Trinity Sunday is a day dedicated to the unity of the Godhead to mark the day God revealed Himself to His people, as the Father, Son, and Holy Spirit.

Rt. Rev. Tong noted that humans needed faith to understand the reality of Trinity, saying “The problem is that we are using our limited human language to describe what is spiritual and divine, but Trinity is about the relationship that keeps us united.”

He said “God the Father, God the Son, and God the Holy Spirit work together for our good. The unity therefore is important for us as Christians.”

He said Jesus Christ described His place in the Trinity in the book of John chapter 14:10 as being in God and God in, which meant they were one, not two.

Right Reverend Tong said “Just as the human being is made up of soul and body yet remains one being, that is how the Trinity is, having the Godhead, the Son and Holy Spirit as one. The beginning of John’s gospel describes this relationship.”

He admonished churches to live in the unity of the Trinity and expressed worry over how churches were failing as result of unnecessary arguments.

He said “When it comes to living in unity, the church is failing. Today the church is more divided than anything else because we keep arguing about Trinity forgetting that we are called to live in unity as a church.”

Christians schooled on the relevance of baptism

Anglican Bishop Advises Christians Not To Commercialize The Holy Spirit

Direct and Paraphrase Quotes: Its Importance in CEO Media Visibility