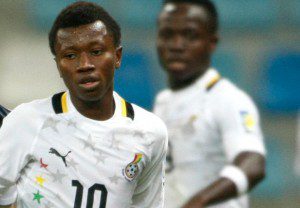 The 21-year-old, who plays for Spanish outfit Granada, is reported to have held advanced talks with the Polish side over a possible move.

Media reports have surfaced that the representative of the highly-rated youngster are locked in negotiations with Lech Poznan and could sign the deal in the coming days.

Despite the mounting reports, GHANAsoccernet.com cannot independently verify the authenticity of the widespread claims.

Aboagye is hugely rated in the West African nation after he starred for Ghana during the 2013 World Youth Championship in Turkey.