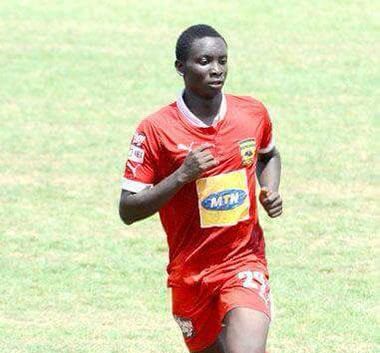 Daudau Mohammed is back for Asante Kotoko

Asante Kotoko have been boosted by the injury return of striker Dauda Mohammed as head coach David Duncan has included him in his squad to face Inter Allies in the Ghana Premier League on Sunday.

Dauda, 21, returned to training on Friday after recovering from a shoulder injury he suffered in Wednesday?s 3-1 victory over Wa All Stars at the Baba Yara Stadium in Kumasi.

Duncan will be counting on the superior form of the former Ghana U23 forward who has scored twice in his last two games for the Porcupine Warriors.

Dauda has now scored five goals this season for Asante Kotoko and has stolen the automatic starting role ahead of Burkina Faso international Ahmed Toure.

Kotoko return to the South and trek to the Greater Accra region ?  Tema, where they are seeking their fourth straight win in a bid to move further away from the relegation zone.