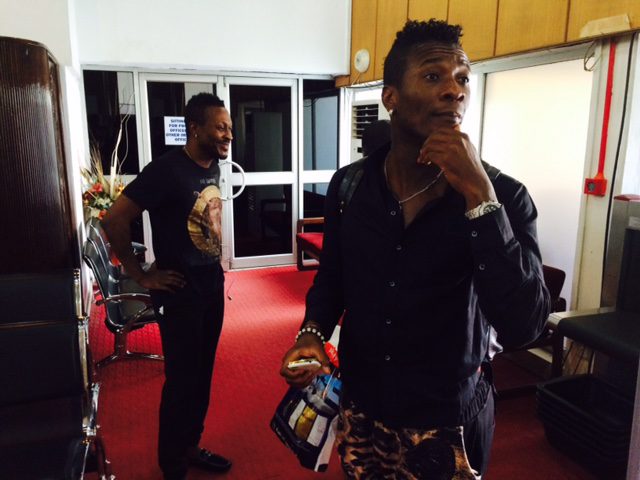 Asamoah Gyan traveled to Dubai with his brother Baffour

Ghanaian coach J.E Sarpong says he is not surprised by the glittering career Ghana skipper Asamoah Gyan has had as the 29 year old prepares for a  new challenges in the China.

Gyan, 29, has enjoyed maximum success in his four year in the UAE with Al Ain. The former Rennes striker caused a stir when he decied to move to the Arabian gulf in 2011 despite having an impressive return of goals in his first season with English side Sunderland.

His move however proved golden with 95 goals in 83 official appearance for the Boss. Gyan?s stock also rose within that period that saw his international performance rise to an impressive ratio of a goal per any other game.

The prolific striker?s performance was not noticed only by people closer to him but caught the eye of ambitious Chinese side shangai SIPG who are ready to make him one of the highest earners in the world of football.

Sarpong who is credited with discovering Gyan during his days at Accra Academy says he is not surprised by the exploits of the Ghana skipper.

?You do not need to be super talented to know that Gyan has got talent,? a boastful J.E Sarpong told GHANAsoccernet.com

?Even from a young age he was always tipped to do wonderful things and I am not surprised by the kind of career he is having.?

?As someone who knows him well you can only wish him well in his new challenge knowing that he will give it his all.?

Gyan is expected to arrive in China on Wednesday to seal a mega deal with Shangai SIPG who are being managed by former England manager Steve Goran Erikkson.