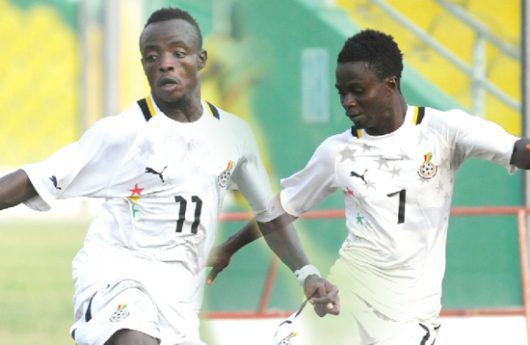 Ghana coach Maxwell Konadu has made four changes to his squad to face Ethiopia later on Tuesday in the CHAN group C decider with striker Seidu Bancey replacing suspended Yahaya Mohammed in attack.

The Asante Kotoko striker, who is currently the top scorer in the Ghana Premier League, will get the chance to impress after coming in for club team-mate Yahaya Mohammed.

Maxwell Konadu is without four of his regular players ? Sulley Mohammed, Theophilus Anoobah and Godfred Saka, who have been forced out with injury with Yahaya serving suspension.

Their places have been taken by Paul De-Vries Asare, Latif Mohammed, Francis Morten and Seidu Bancey as Konadu shuffles his team for the final Group C game in Bloemfontein.

Both Asare and Latif have tasted action in the competition so far with Bancey and Morten expected to make their debut after watching from the bench in the opening two games against Congo and Libya.

The Ghanaians are pushing for a massive win to ensure they top the group and remain at their base at the Free State Stadium for their quarter-final clash.