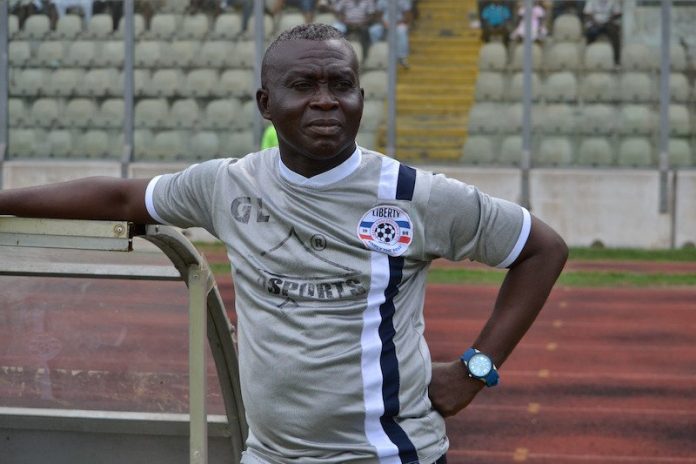 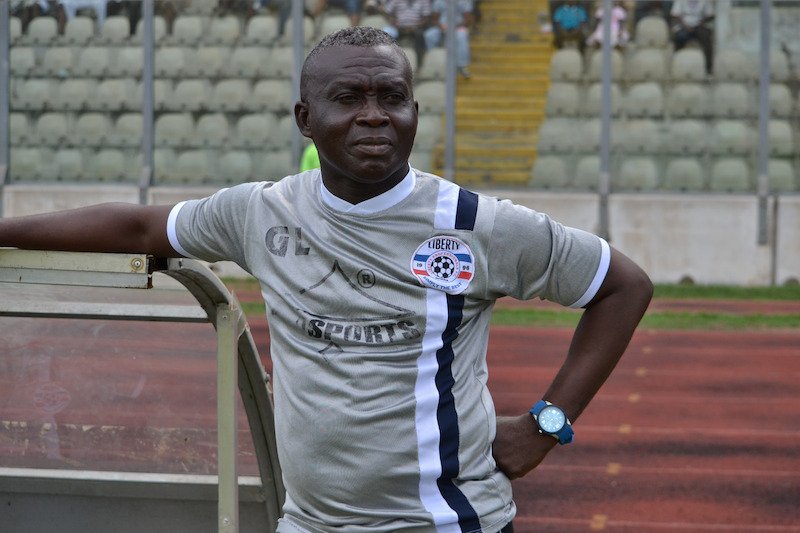 Liberty Professionals coach George Lamptey has taken a swipe at referees in the Ghana Premier League, insisting that results in the top-flight are controlled by match officials.

The ‘Scientific Soccer Lads’ have been impressive in the ongoing Ghana Premier league after recording some vital wins.

They managed to hold Berekum Chelsea to a 1-1 draw game at the Berekum Golden City Park in their match week 23 fixture, a result coach Lamptey felt center Referee Latif Adaari had a lot of influence on.

Speaking after the game, the former Accra Great Olympics player said match officials should be fair during games.

“It was a nice game, but I must say the Referee failed to stamp his authority on the game, especially in the first half,” Lamptey noted. “Let us all play football, let us do that “.

“So these days the league we are playing now is just like a Referee-control-Coach League, Referee blowing nonsense that’s what we saw,” he added.