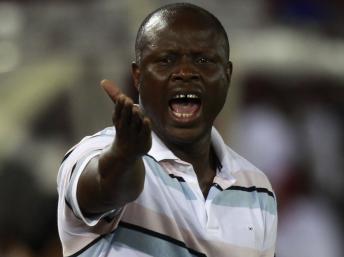 Drissa Traore, Burkina Faso national team B head coach has said that he was optimistic of overcoming the Black Star B at the Baba Yara Sports stadium on Sunday.
Burkina Faso defeated Ghana 2-1 in Kumasi last Sunday.
In a post match interview with the press, Coach Traore said he drew inspiration from his past experience at the same venue when he was a club team coach.

Drissa Traore was head coach of Rail Club de Kadiogo, when they eliminated Kumasi Asante Kotoko from the CAF organised Cup Winners Cup in the seventies.

“I knew I was going to defeat Ghana in Kumasi because I have done it before. I eliminated Asante Kotoko from the Winners Cup when I was the head coach of Rail Club de Kadiogo.
“I told my players to believe in themselves and take their chances in front of goal.
“We could have won easily in Ouagadougou but we failed to utilize all the seven chances we created.”

Meanwhile, goalkeeper Sawadogo Aboubacar believes that the unfortunate attack in Ouagadougou last week gave them an extra motivation to win against the Blackstars.

Burkina Faso would join 15 others countries to participate in the fifth edition of the African nations championship in Kenya next year.