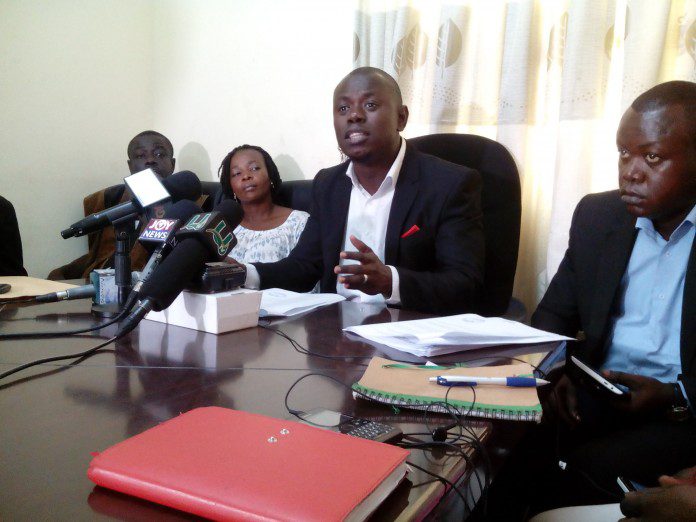 “If by the 29th of this month of February , 2016 all salary arrears , vehicle maintenance allowances , incremental credit arrears and transfers grants are not paid then we hereby declared that all teachers should stay out of the class in a massive strike action to press home our demand”, the Acting President of Coalition of Concerned Teachers Mr. King Ali Awudu declared.

According to him, many newly trained teachers that were posted in 2013 and 2014 have not been paid their salaries.

He however said, the few who have been paid were affected by Mr. Seth Terkpe’s policy of not paying more than three months of arrears.

“On November 4, 2013 , the Finance Minister Mr. Seth Temper made a new policy of salary payment without any form of consultations and secretly sent a letter to the effect to all MMDA’s and the Controller and Accountant General directing that arrears in respect to recruitment, promotions reactivation of staff should not exceed three (3) months of the date of appointment”, he explained.

We as teacher Union initially thought it is a policy to affect all public sector workers but little did we know that it is a ploy to deny teachers what is due them, adding that, the policy was a clear indication of disenfranchising and jeopardizing education in Ghana.

According to him, thousands of teachers have been recruited GES and are teaching but for months have not been paid with some running into years.

“How can quality education be achieved in such a manner?”, he quizzed.
According to him,the Ministry of Finance , Minister of Education and Ghana Education Service (GES) are flouting article 24 (1) of the 1992 Constitution of the Republic of Ghana.

Mr. Ali, stated clearly that Finance Minister’s policy of three months payment and non-payment of salaries to newly posted and recruited teachers is against the laws of Ghana.

“The CCT would like to state further it is preparing feverishly for court action against the state to seek interpretation of the law at the Supreme Court if it is lawful for government to employ its own citizens and not to pay them for months and years”, he noted.