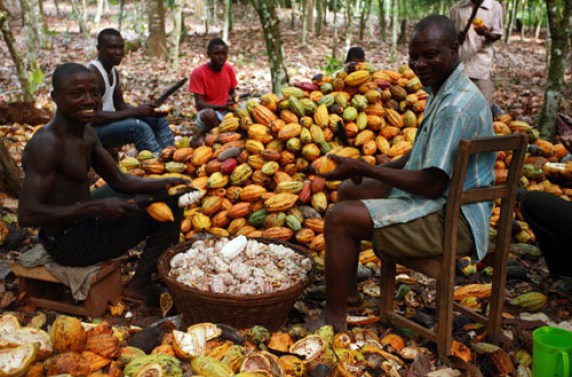 Some cocoa farmers at Achiansan have appealed to the government to compel the Suhum branch of the First Allied Savings and Loans Company to release monies meant for the payment of their cocoa beans.

Mr Samuel Darko, the Community Chief Farmer of Achiansan made the appeal when he spoke with the Ghana News Agency (GNA) at Achiansan, in the Ayensuano District of the Eastern Region on Tuesday.

He said cocoa sent to the Yayra Glover Company’s Society at Achiansan by the farmers from the beginning of 2018/2019 cocoa crop season had not been paid.

According to him, in October and November, this year, he sent 57 bags of cocoa to the Society, but received payment for only seven bags.

Mr Darko said investigation conducted by him revealed that monies released for the payment of the cocoa had been locked up at the First Allied Savings and Loans Company, hence their plea for government to intervene.

Mr Daniel Lartey, the Marketing Clerk of the Yayra Glover Company confirmed the story to the GNA when contacted, saying that, his attempts to withdraw the money from the First Allied Savings and Loans Company to pay the cocoa farmers had proved futile.

He said from the beginning of the 2018/19 cocoa season his company deposited GHc123,000 into its account with the First Allied Savings and Loans Company.

The Manager of the First Allied Savings and Loans Company, Mr George Asare confirmed the claim by the farmers, but said the management of the company was facing some administrative challenges and were making efforts to address them.

Do not to sell your lands for mining – Cocoa farmers urged

Farmers urged not to sell their Cocoa farm lands for mining