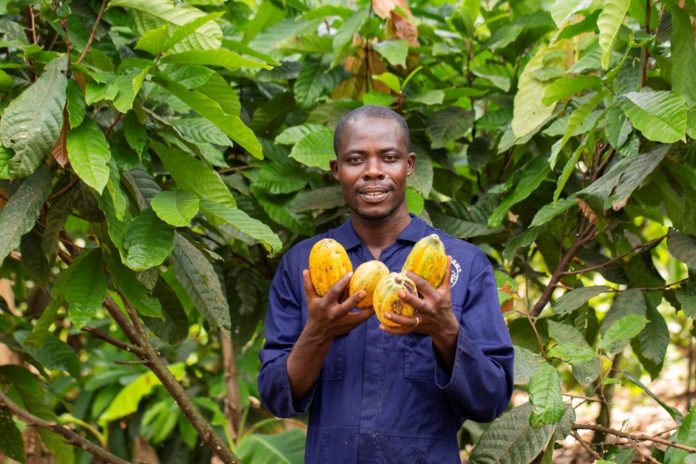 Cocoa farmers have been urged to strictly adhere to safety practices, particularly in the use of agro-chemicals in their farms.

They should also work to reduce the engagement of children to help reduce child labour in cocoa production while promoting decent work and safety in the cocoa supply chain.

Mr Andrews Addoquaye Tagoe, Deputy General Secretary of the General Agricultural Workers Union (GAWU) of Trades Union Congress (TUC), made the call at a sensitization workshop on the promotion of decent work in cocoa supply chain for some cocoa farmer groups at Dwease in the Asante Akim Central Municipality.

It was organized by GAWU as part of FNV Mondiaal and global march against child labour project to build capacities of cocoa farmers in income-generating ventures to help eliminate poverty and also help create farmer cooperatives in cocoa-growing communities.

Mr Tagoe, who is also the Regional Representative for Anglophone Africa on the Board for Global march against Child labour, mentioned Awukukrom, Beposo, Adukrom, Kramokrom, Dwease and Kwamemensah as some of the communities benefiting from the project in the district.

Among the issues discussed at the workshop were basic education in child labour, occupational safety and health, precautionary measures and the right use of agro-chemicals in cocoa production.

Cocoa farmer cooperatives were also formed and introduced to Cocobod Extension Officers, who advise the cocoa farmers on healthy cocoa production practices to enhance yields and improve their incomes while promoting safety and elimination of child labour.

Mr Tagoe said GAWU was seeking to extend its activities and to work closely with cocoa multinational companies to develop strategies that focused on the country’s national plan of action on child labour.

Additionally, GAWU was working with cocoa-growing communities to achieve targets spelt out in the Sustainable Development Goal (SDG) goal eight (8), which focused on decent work.

Some of the farmers called on the government to enforce regulation on the sale of agro-chemicals used in spraying cocoa farms to reduce their negative impact on farmers’ health.