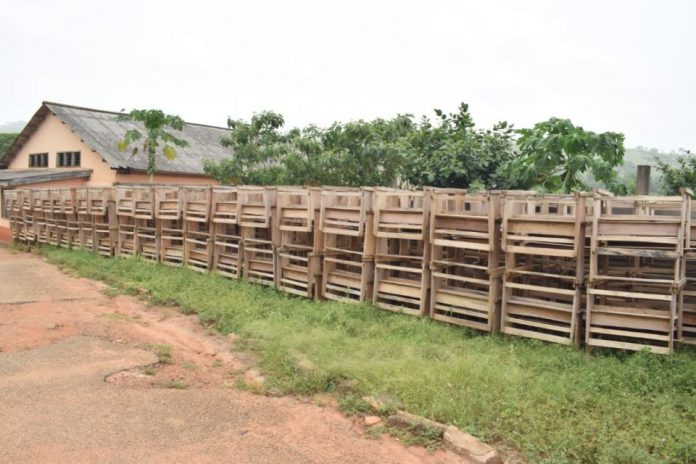 The 2000 pieces of classroom furniture was funded by the Coastal Development Authority (CoDA) under it’s Infrastructure for Poverty Eradication Program (IPEP) and handed over to the regional directorate of the Ghana Education Service (GES) some weeks ago for onward distribution to 28 selected basic schools in 14 districts across the region.

However, more than 6 weeks since the the handing over, the furnitures are yet to reach their intended beneficiaries due to the inability of the GES to transport them to the districts. Checks at the GES directorate revealed that the situation was so due to lack of funds by the directorate to convey the desks to the districts thereby leaving it on the shoulders of the various districts, four of which have so far been able to transport their consignments.

Our checks also revealed that even though the desks were only handed over in March, they have been lying in the open since the end of November 2020 leading to the gradual deterioration of the wooden desks a situation if not immediately addressed could result in total damage to the furniture, defeating the purpose for which they were originally meant.