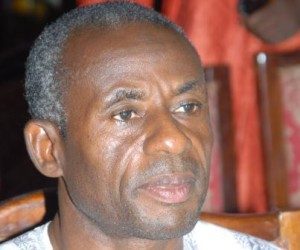 Alhaji Collins Dauda, Member of Parliament for the Asutifi South has stated that the government of the New Patriotic Party had a duty to reduce the prices of petroleum products following the amendment of the legislation relating to levies in the industry.

His request follows Parliament’s approval of four amendment Bills to scrap taxes as proposed in the 2017 budget.

The Finance Minister, Ken Ofori-Atta, when the House overwhelmingly endorsed the laws was hopeful that the cuts would aid the government’s goal to stimulate economic growth.

“We are really excited that the signal is being given that these taxes need to be repealed so that the general welfare of people will be increased and that there will be tax reliefs.”

Alhaji Dauda, who had contributed to the motion for the amendments, later in an interview with the Ghana News Agency (GNA), referred specifically to Special Petroleum Tax (Amendment) and the Customs and Excise (Petroleum Taxes and the Petroleum Related Levies (Repeal) Bills, and said Government must give power to the law with a downward adjustment of current prices of petroleum products.

According to the Asutifi South representative, local prices of fuel products keep increasing despite the fall of price of the product  on the global market.