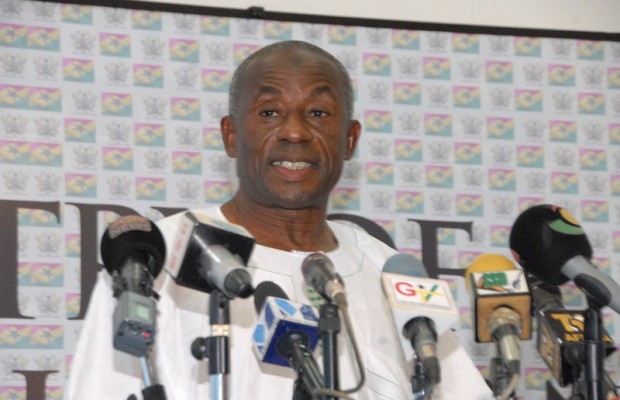 Local Government Minister Collins Dauda has conceded that he appended his signature to the letter dismissing District Chief Executive (DCE) for Atebubu, Sampson Owusu Boateng which sparked vigilante action by some activists of the National Democratic Congress (NDC) in the area.

Alhaji Collins Dauda however insists it is purely ignorance on the part of the embattled DCE and some NDC supporters which resulted in the burning of the party’s office amidst gunshots.

According to the minister, it was wrong for the supporters of the embattled DCE to assume that only President John Dramani Mahama could personally sign the dismissal letter of any DCE.

Commenting on the incident on Okay FM’s Ade AkyeAbia Morning Show, Hon Dauda hinted that he had signed the dismissal letters of many DCEs on the instructions of President Mahama and that the Atebubu’s case is not the first of its kind.

“I don’t understand what Castro is doing at Atebubu. The President will not sign to remove him but he won’t remain the DCE again at Atebubu; the earlier he understands and adjusts the better for him. If this is how he wants his life to be, so be it but as for the DCE position, he won’t stay in post again,” he emphasized.

The simmering tension between Sampson Owusu Boateng and the Member of Parliament (MP) for the area, Sanja Nanja turned violent last Tuesday at Atebubu-Amatin in the Brong Ahafo region.

Police in Atebubu arrested some people but later granted bail to two people in connection with the vandalism which happened in the glaring presence of the Police in Atebubu.

Reports say Mr Owusu Boateng had been replaced by one Eric Osei.

It was reported that the Brong Ahafo regional commander instructed his district commander at Amatin, Supt. Joseph Jinaku to seize the car being used by the Mr. Boateng.

According to Jinaka, who spoke to the various radio stations, when he got to the office of the DCE to seize the car, the DCE told him that he was still at post, but he insisted on seizing the car.

The DCE told him that he was going home, so he followed up to the house, only to be pelted with eggs by the supporters of the DCE for trying to seize the car.

The angry supporters reportedly fired a shot at a fire officer, who attempted to douse the blaze.