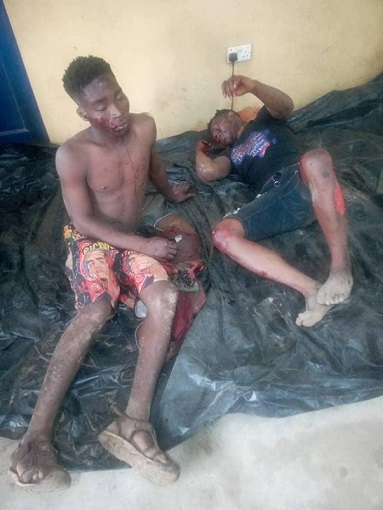 The vigilance of a commercial driver prevented two robbers from running away with their booty.

The suspects had earlier robbed a fruit seller and jumped on their motorbike to escape, but luck eluded them when the driver knocked them into a nearby storm drain.

She said on April 14, 2021, Sowutuom Police received information from the night patrol driver that a call came from control indicating that there was an ongoing robbery at Anteku, a suburb of Sowutuom 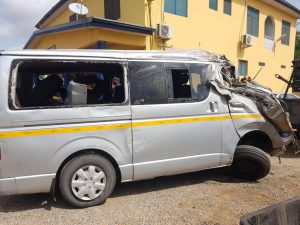 “Police proceeded to the scene and found two robbers knocked down in gutter nearby with an Urvan bus involved in an accident at the spot,” she said.

The police said information gathered at the scene was that the two robbery suspects at about 0500hours, robbed a fruit seller and jumped on their motor bike to escape, but the driver of an Urvan bus loaded with passengers, who witnessed the incident, knocked the two into the drain.

DSP Tenge said the suspects sustained injuries and arrested by the police.

She said after hitting the motorbike, the Urvan bus somersaulted, injuring some passengers.